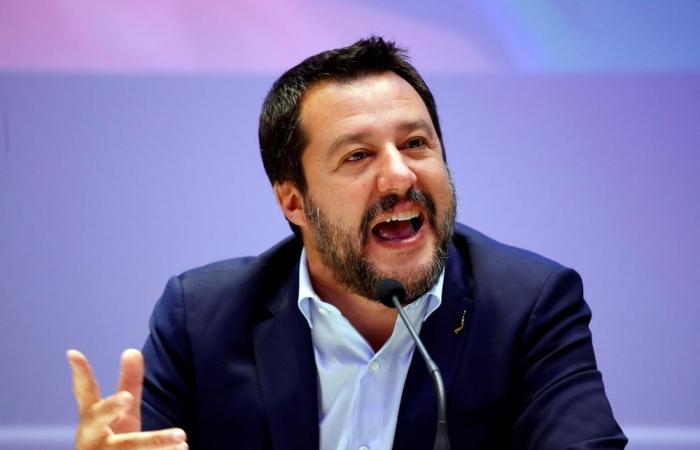 ROME, March 20 ― An Italian prosecutor formally asked a court today for far-right leader Matteo Salvini to stand trial for kidnapping and abuse of office for blocking a migrant ship from disembarking in August 2019.

It is the second such case relating to Salvini’s time as interior minister, when he banned all NGO rescue boats from entering Italian ports ― and could see him jailed for 15 years.

But the leader of the League party, who was present for the court hearing in Palermo in Sicily, was typically defiant.

“The Palermo public prosecutor’s office has requested an indictment and trial against me for kidnapping,” he tweeted, adding: “Worried? Not at all.

“I am proud to have worked to protect my country, respecting the law, waking up Europe.”

The ship, operated by Spanish NGO Open Arms, spent days anchored off the island of Lampedusa while awaiting permission to disembark, as the situation on board deteriorated.

There were initially 147 mainly African migrants aboard, but all minors and some suffering health problems were allowed to disembark early.

Open Arms confirmed the prosecutor’s request, adding: “Violating the rights of vulnerable people is a crime in any democratic country that respects the constitution and international conventions.”

The next hearing was set for April 17.

Salvini is facing a similar case over his decision to block around 100 migrants from disembarking from the Italian Gregoretti coastguard boat in July 2019.

His League party takes a hard line on migrants entering Italy, arguing his country bears an unfair burden as the first point of entry into Europe for those crossing on unstable boats from north Africa.

At the time he blocked the ships, Salvini was part of a coalition government led by Giuseppe Conte, and held the position of interior minister and deputy prime minister.

He has argued that the policy was not his alone, but was agreed by the government.

In August 2019, encouraged by favourable opinion poll ratings, Salvini provoked a political crisis in a bid to force new elections ― only for his coalition allies to form a new government without him. ― AFP

These were the details of the news Italy prosecutor demands migrant trial for Salvini for this day. We hope that we have succeeded by giving you the full details and information. To follow all our news, you can subscribe to the alerts system or to one of our different systems to provide you with all that is new.