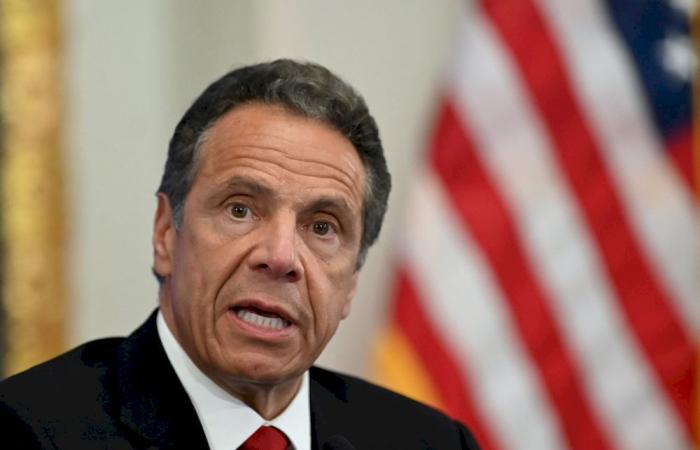 Hello and welcome to the details of Current Cuomo staffer accuses NY governor of suggestive comments, ogling and now with the details

NEW YORK, March 20 ― A current aide to New York Governor Andrew Cuomo has accused him of ogling her body and subjecting her and a female colleague to a series of unwanted, sexually suggestive remarks, the New York Times reported yesterday.

Alyssa McGrath, 33, became the latest of at least eight women who have publicly alleged sexual misconduct by Cuomo and the first who is currently employed in the office of the third-term governor to do so.

The 63-year-old governor has denied any wrongdoing, though he has acknowledged it had been a “custom” for him to kiss and hug people when greeting them. He has said he was sorry if his behaviour had made “people feel uncomfortable.”

A request for comment about yesterday's New York Times report was referred by a Cuomo spokesman to his lawyer, Rita Glavin. She could not immediately be reached by Reuters.

The flurry of allegations in recent weeks, along with revelations that Cuomo's administration under-reported nursing home deaths from Covid-19, has led to a growing clamour among prominent fellow Democrats in New York for his resignation.

One current staffer whose name has been kept confidential accused the governor in an account published last week by The Times Union newspaper of Albany of groping her breast in the Executive Mansion last year.

McGrath was quoted by the New York Times as saying that the unnamed aide, a friend and co-worker, had related the alleged groping incident to her in detail after it went public.

For her part, McGrath said the governor regularly engaged in what she described as flirtatious banter mixed with more personal remarks, as well as a subtle but steady effort to cultivate rivalry among female staffers in his office, according to the Times.

The Times said McGrath's accounts were supported by contemporaneous text messages, emails and social media posts she shared with the newspaper.

Although McGrath did not accuse Cuomo of touching her, she said his conduct amounted to sexual harassment, perpetuated by secrecy and normalized inside his inner circle, the Times reported.

She cited instances in which she said Cuomo inquired about her lack of a wedding ring, asked about her divorce, told her in Italian that she was beautiful, and gazed down her shirt while commenting on her necklace as they worked alone in his office.

McGrath accused the governor of making similarly suggestive remarks to the co-worker who later told The Times Union that she had been groped. And McGrath said Cuomo referred to the two women as “mingle mammas” after the topic of a planned trip to Florida by the pair came up in his presence.

Cuomo has vowed to cooperate with the investigation overseen by the state's attorney general while refusing to step down before the inquiry is concluded. ― Reuters

These were the details of the news Current Cuomo staffer accuses NY governor of suggestive comments, ogling for this day. We hope that we have succeeded by giving you the full details and information. To follow all our news, you can subscribe to the alerts system or to one of our different systems to provide you with all that is new.