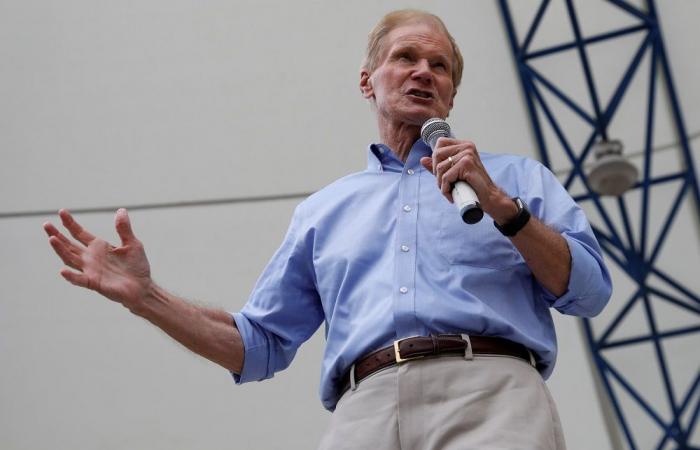 WASHINGTON, March 19 — The White House announced today that President Joe Biden was tapping Bill Nelson, a former Democratic senator for Florida who once flew on a Space Shuttle and helped craft key space legislation as his Nasa chief.

The nomination appears to confirm Biden’s interest in maintaining US leadership in space as Nasa prepares to return to the Moon under the Artemis program, while pivoting towards commercial partnerships for missions in low-Earth orbit.

Biden has also signalled that climate change research will be a top priority for the agency.

If confirmed, Nelson will succeed ex-administrator Jim Bridenstine, who was picked by former president Donald Trump and stepped down on January 20.

Bridenstine’s own nomination was initially met with deep skepticism as a result of his controversial political positions when he was a Republican member of the House of Representatives, including opposing the scientific consensus on climate change.

But he came to be respected as an able Nasa administrator, and his experience in Congress proved invaluable in marshalling support for the agency’s goals. He also reversed his position on climate.

A statement from the White House emphasized Nelson’s four decades in public office, first in the Florida state legislature and US Congress, then as state treasurer.

The 78-year-old moderate Democrat was elected to the Senate three times, but lost his last reelection bid and his term ended in 2019.

He chaired or was ranking member of space committees in both the House and Senate over his long political career.

“Most every piece of space and science law has had his imprint,” said the White House, including the 2010 law that set Nasa on its present course of both government and private missions.

In 1986, he became the second sitting member of Congress to travel to space when he flew on the Space Shuttle Columbia. Nelson, who previously served in the US army where he became a captain, helped conduct medical experiments during the space mission. — AFP

These were the details of the news Biden nominates former Democratic senator as Nasa chief for this day. We hope that we have succeeded by giving you the full details and information. To follow all our news, you can subscribe to the alerts system or to one of our different systems to provide you with all that is new.