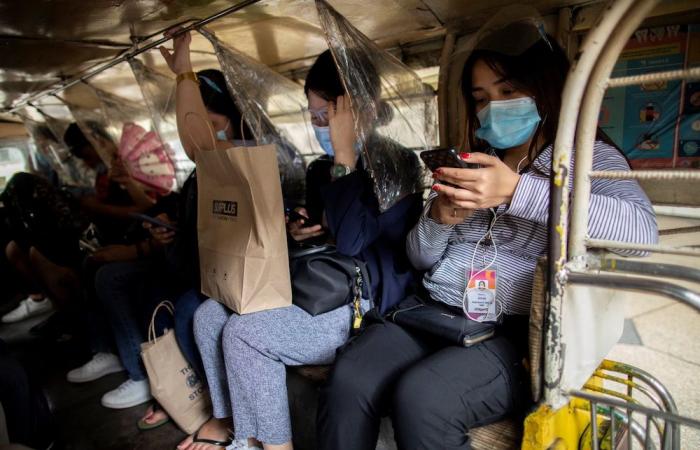 MANILA, March 19 — New coronavirus infections in the Philippines hit a record high today, health officials said, as pandemic restrictions were tightened in the capital to combat the resurgence in cases.

Museums, game arcades and driving schools have been ordered to shut, while church and restaurant capacity has been reduced to 30 per cent as authorities struggle to contain the fast-spreading virus.

The temporary measures come as the number of daily new infections in the country hit 7,103 — the highest since the start of the crisis—taking its caseload to more than 648,000, with most of the active cases in the capital.

Experts have warned the figure could reach 11,000 a day by the end of the month, while the Covid-19 task force has called for available vaccines to be deployed to virus hot spots.

On Friday, the Philippines’ drug regulator approved Russia’s Sputnik V vaccine for emergency use — the fourth jab to get the green light.

Moscow registered the vaccine in August before large-scale clinical trials, but leading medical journal The Lancet has since said it is safe and over 90 per cent effective.

The Philippines has received more than a million doses of vaccines developed by China’s Sinovac and British-Swedish drug maker AstraZeneca this month.

The government hopes to acquire enough vaccines to inoculate 70 million people by the end of this year.

Targeted lockdowns, strict night-time curfews, a stay-at-home order for all children and a ban on foreigners entering the country have been introduced in the past fortnight.

There are growing fears that the entire capital, where 12 million people were forced into a crippling monthslong lockdown a year ago, could be shut down again as hospital beds fill up.

“It’s alarming because there are areas in Metro Manila — Manila, Quezon City, Taguig and Makati — which are already in the high-risk category of more than 70 per cent (hospital bed occupancy). Some are at 83 per cent,” Health Undersecretary Leopoldo Vega told reporters.

He said of the roughly 7,000 hospital beds allocated for Covid-19 patients in the capital, 54 per cent were now occupied.

The resurgence of the virus has been blamed on poor compliance with health protocols and more contagious strains. — AFP

These were the details of the news Philippines logs record new coronavirus infections for this day. We hope that we have succeeded by giving you the full details and information. To follow all our news, you can subscribe to the alerts system or to one of our different systems to provide you with all that is new.