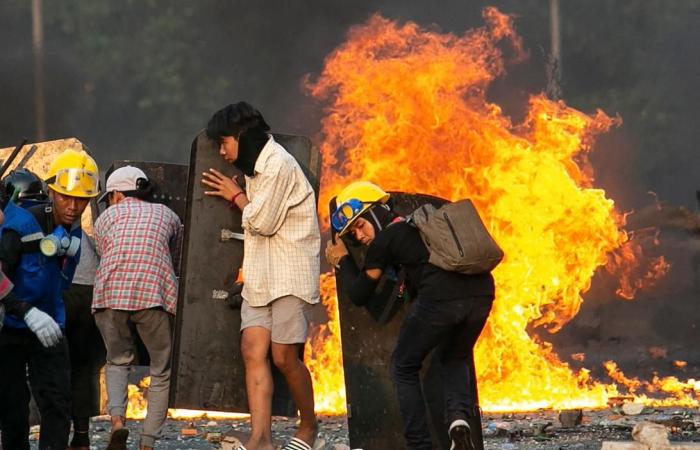 Jeddah - Yasmine El Tohamy - WAD KAWLI, Sudan: Under a thatched roof, Sudanese dream of returning to farmland at the heart of a decades-old dispute with Ethiopia that has turned violent and threatened to ignite a wider conflict.
From the town of Wad Kawli, west of the Atbara river, the farmers used to cross the narrow stream with wooden plows to cultivate fertile fields in Fashaqa, a region claimed by Sudan and Ethiopia.
By the mid-1990s, they were no longer able to tend their fields after Ethiopia pushed into the contested borderlands, allowing thousands of its own farmers to take over.
“Our last proper harvest of sesame crops from these fields was in 1996,” Mohamed Omar, a community leader in Wad Kawli, told AFP.
Farmers and traders long ignored the dividing map lines of colonial-era treaties.
But now the local dispute over fields of sesame and sorghum grown by smallholder farmers has put their thatch-hut villages on the front lines between two of Africa’s most powerful nations, Sudan, third largest in terms of territory, and Ethiopia, the second biggest in terms of population.
The border dispute feeds into wider tensions in the region, including over Ethiopia’s controversial Blue Nile dam.
Ethiopia’s push into Fashaqa came as its relations with Sudan soured following the attempted assassination of then Egyptian president Hosni Mubarak in 1995 while he was visiting Addis Ababa.
At the time, Addis Ababa accused Khartoum of being behind the plot, leading to tensions that saw Sudanese forces under now-ousted president Omar Al-Bashir withdraw from the region.
“We were simply told that it was no longer safe for us to go to east Atbara,” recalled farmer Abdelreheem Mirghani.

Stolen land
More than two decades after their withdrawal, the Sudanese army returned to Fashaqa last year to recapture what it considered stolen land.
The move, which came two years after Bashir’s ouster, angered Ethiopia and triggered deadly clashes.
Now, villages have become military restricted areas, and Sudanese farmers have yet to re-enter.
Sudanese farmers from Fashaqa have over the years been caught up in the conflict between Khartoum and Addis Ababa.
The two sides held border talks over the decades, but they have yet to mark out clear boundaries.
Sudan regularly invokes colonial-era treaties from 1902 and 1907, which say the Fashaqa lies within its boundaries, a claim Ethiopia refutes.
The exact size of the contested land is unclear, but Fashaqa covers some 12,000 square kilometers (4,630 square miles) and the flashpoint border zone measures around 250 square kilometers.
Amid all the uncertainty, farmers left Wad Kawli, bringing its population down to barely 4,000 from 12,000 in the early 1990s, according to Omar.
One farmer, Mohamed Gomaa, said he fought for years to have access to even a small part of the east Atbara area.
“The Ethiopians forced us out by threatening to burn the harvest,” he said.
“We now cultivate small plots on the western side of the river, but the soil quality in the east is simply unrivalled anywhere in Sudan.”

Abused by militias
Over the years, villagers were forced to adapt, cultivating land west of the river and welcoming Ethiopian traders.
Some even learnt Ethiopia’s Amharic and Tigrinya languages, and others married into Ethiopian families.
But they still face attacks by Ethiopian militias.
“My father was kidnapped for a week in 2013 and we paid a hefty ransom equivalent to 700,000 Sudanese pounds ($1,850) to bring him back,” said Zakaria Yehia, a nurse from Wad Kawli.
Other villagers showed scars they said were from bullets or violent encounters with Ethiopians.
“We got used to waking up to find our cattle were stolen,” said Fatma Khalil, the wife of community leader Omar.
She said Sudanese forces began arriving into the border zone, including Wad Kawli, last year.
“Nowadays, there is a greater sense of security,” Khalil said. “Now we can have some undisturbed sleep during the night.”

Sudanese troop deployment
The Sudanese troop deployment coincided with the outbreak of conflict in Ethiopia’s northern Tigray region, which borders Fashaqa.
The fighting has forced around 60,000 refugees to flee to Sudan.
Ethiopia had warned Sudan against the troop deployment, but tensions soared after the alleged killing of four Sudanese soldiers in a December ambush by Ethiopian forces and militias.
Sudan responded by sending reinforcements to the border, in an operation it said was “to recapture the stolen lands and take up positions on the international lines.”
Ethiopia denounced the move as an “invasion.”
A string of clashes followed, with both sides began trading accusations of violence and territorial violations.
Sudan says it has regained control over large swathes of Fashaqa, and Ethiopia has warned of military action unless Sudanese forces stop their advance.
On Wednesday, Sudan’s head of state Abdel Fattah Al-Burhan said there will be “no negotiations” unless Ethiopia acknowledges Fashaqa is “Sudanese land.”
And Wad Kawli villagers support his call.
“This is our land, we have always cultivated it,” said the nurse Yehia. “And now we want it fully back.”

These were the details of the news Indonesia president calls for ASEAN high level meeting on Myanmar crisis for this day. We hope that we have succeeded by giving you the full details and information. To follow all our news, you can subscribe to the alerts system or to one of our different systems to provide you with all that is new.

PREV Months after hack, US poised to announce sanctions on Russia
NEXT Youth join mainstream as India unveils development initiatives in Jammu and Kashmir