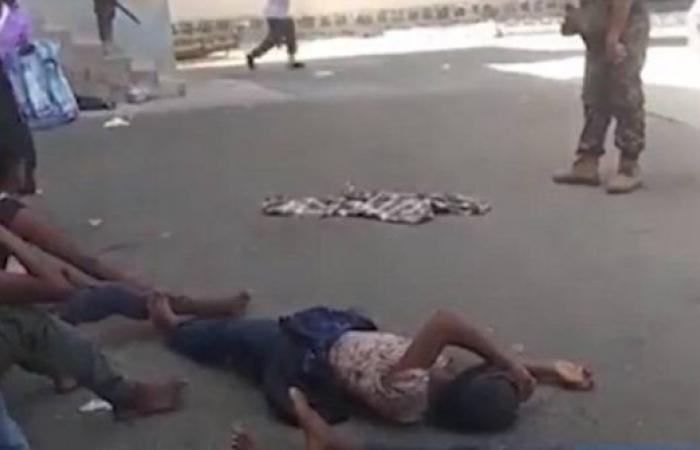 RIYADH — The United Nations and other international organizations joined the growing demand for an urgent international probe into the barbaric attack carried out by the Houthi militants who are accused of burning several African migrants in Sana’a. While the horrific incident sparked widespread outcry among Yemenis and human rights defenders, the Saudi-led Coalition to Support Legitimacy in Yemen announced that it would facilitate the transfer of 160 migrants stranded in Yemen to their countries.

The coalition made it clear that this operation was part of the coalition’s humanitarian efforts, and that it was under the auspices of the United Nations and in coordination with the legitimate Yemeni government. It accused the Houthi militias of committing gross violation of human rights of the migrants. Despite the Houthi militia’s endeavor to hide the evidence of its crime, the United Nations and international organizations stressed on Wednesday that an international investigation should be conducted into the incident.

According to reports, at least 44 African migrants, who were rounded up for fear they were spreading coronavirus, have perished when Iran-backed Houthi militias fired on an overcrowded detention center in Yemen’s rebel-held capital Sana’a on March 7.

The UN Special Envoy to Yemen Martin Griffiths called for an independent investigation into the incident. Addressing a session on Wednesday,Griffiths told the Security Council that there must be an independent investigation into the cause of the fire, saying that the “extraordinary, horrific fire” had reminded the world “of the plight of the migrant community”.

In a report, Amnesty International called to include the fire incident at the Migrants’ Center in Sana’a as part of the ongoing investigations into human rights violations in Yemen. The organization confirmed that dozens of migrants died of burning in Yemen, after Houthi security forces fired unknown projectiles at a detention center for immigrants in Sana'a, to control a protest organized by the migrants. The organization called on the militias to immediately allow the humanitarian teams to assist those in need of medical or other assistance.

“The Houthis’ reckless use of weapons, which has led to the burning of dozens of Ethiopian migrants, is a horrific reminder of the dangers for migrants in war-torn Yemen,” said Nadia Hardman, a refugee and migrant rights researcher at Amnesty. She stressed that Houthis should hold those responsible accountable and stop detaining migrants in poor detention facilities that threaten their lives and conditions.

On its part, the global human rights organization Human Rights Watch accused the Houthis of launching unknown projectiles at a Sana’a detention center for African migrants during a demonstration to demand improvement in their living conditions.

“Dozens of migrants perished in Yemen on March 7, 2021, after the Houthi security forces fired unidentified projectiles at a detention center for immigrants in Sana’s, causing a fire,” the Human Rights Watch said in a statement. “Guards at the detention center and other armed men transferred groups of migrants to one of the sites after refusing to take their breakfast and clashes with security personnel. After asking them to recite their “last prayers,” a member of the security force climbed onto the roof of the closed site and fired “two projectiles” into the room, causing a fire, Human Rights Watch statement said while quoting five of the detainees who survived.

“I was terrified, as if the smoke paralyzed my mind,” said one of the migrants. People were seen coughing.., fires burned beds and blankets... People were burned alive. I was forced to trample their corpses to escape,” one of them recounted.

According to another migrant who spoke to Human Rights Watch, they are often subjected to “racist remarks, threats, and repeated insults.” After weeks of living in the overcrowded facility, they observed a hunger strike to protest the conditions and their continued detention, but the only way to get release was to pay a fee of 70,000 Yemeni riyals ($280) to the security guards.

The Houthi militias tried to prove their innocence with distortion of truth when they held a press conference for leaders of African communities in Sana'a in front of the International Migration Organization building in Sana’a. However, the move of Othman Jilto, head of the Ethiopian community, was a blow to the militia’s expectations when he called for an international investigation into the fire, stressing that they do not know anything about the number of victims and the cause of the fire other than what the Houthis say. Gelto said that the number of deaths announced by the Houthis stood at 44 immigrants, and the number of those receiving treatment is 21 people, four of them in critical condition. He also drew attention to the Houthi claim that they deported 468 to Aden without producing any proof for this.

Meanwhile, social media activists circulated at the time of the incident pictures and videos showing the burning of dozens of migrants inside the Houthi detention center, while human rights activists said that the group is the only party behind the crime with the militia setting fire on the center, located near the premises of the Immigration and Passports Authority. Some sources noted that the militias deliberately detain hundreds of African migrants in small and overcrowded rooms that lack the most basic amenities, and health and safety requirements. Yemeni human rights activists accused the leaders of the Houthi group of carrying out widespread kidnappings of dozens of migrants who recently arrived in their areas of control and gathered them inside the detention center.

In a related development, the legitimate government said that the militias seek to obliterate the causes and features of the crime whose gravity and viciousness are evident from the circulating images and videos. They are also trying to belittle the number of victims, especially since the International Organization for Migration (IOM) had revealed the presence of 900 migrants in detention centers, and that more than 350 were present in the facility when the fire broke out. The government also called for an international transparent and independent investigation to uncover the details of the incident and hold those involved in it accountable.

It also underlined the need to mount pressure on Houthis to stop recruiting refugees and exploiting them in combat operations, as well as to release all detainees as a token of respect of Yemen’s obligations in this regard, and to allow their free movement or safe voluntary return of those who wish to do so.

The IOM said that at least 6,000 migrants are detained throughout Yemen, while smugglers are holding hundreds, if not thousands.

According to the IOM, some 900 migrants, most of them from Ethiopia, were detained at the Passports and Naturalization Authority complex, including 350 inside the hangar. Sana’a Mohammed Nour, head of the Eritrean migrant community in Sana’a, said that along with the 44 killed migrants, more than 180 migrants were injured. The Iran-backed Houthi rebels, who control the capital and most of Yemen’s north, did not reveal the cause of the fire, acknowledge any protest nor give a final casualty toll.

The Houthis also prevented the IOM from reaching injured migrants at hospitals, it said in a statement. The Houthi rebels used the facility to detain African migrants who cross Yemen in hope of reaching neighboring Gulf Arab countries. Hundreds of them had gone on a hunger strike earlier this month in protest at alleged ill-treatment and abuses.

These were the details of the news Call grows for probe into burning of African migrants alive by Houthis for this day. We hope that we have succeeded by giving you the full details and information. To follow all our news, you can subscribe to the alerts system or to one of our different systems to provide you with all that is new.