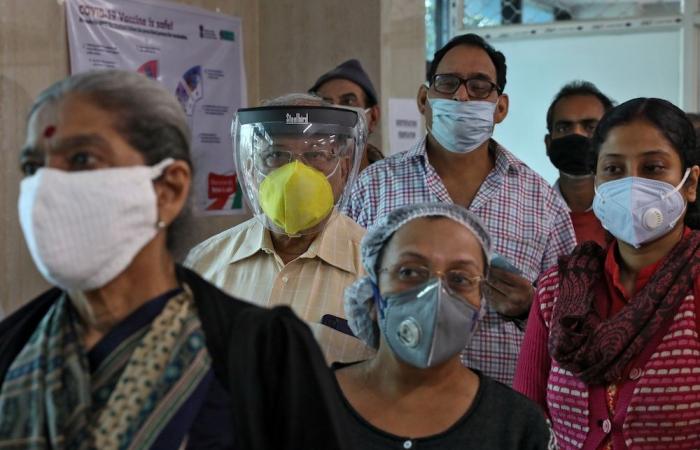 MUMBAI, March 18 — India and Pakistan reported a big jump in new coronavirus infections today, driven by a resurgence in cases in their richest states.

While authorities in India have mainly blamed crowding and an overall reluctance to wear masks for its spike, Pakistan says the UK variant of the virus found in the country could also be a factor.

Maharashtra state, home to India’s commercial capital Mumbai, reported 23,179 of the country’s 35,871 new cases in the past 24 hours, and the fast-spreading contagion in major industrial areas raised risks of companies’ production being disrupted.

With the worst rise in infections since early December, India’s total cases stood at 11.47 million, the highest after the United States and Brazil. Deaths rose by 172 to 159,216, according to health ministry data on Thursday.

Most of the new cases came from Pakistan’s largest and richest province, Punjab.

Pakistani minister Asad Umar said on Twitter that hospital beds were filling fast, warning of stricter curbs if rules were not followed.

“The new strain spreads faster and is more deadly,” he said on Twitter, referring to the UK variant.

India’s first wave peaked in September at nearly 100,000 cases a day, with daily infections hitting a low of just over 9,000 early last month.

India and Pakistan have a combined population of 1.57 billion, a fifth of humanity.

Cases have been rising in Maharashtra since the reopening of most economic activity in February. Mumbai’s suburban trains, which carry millions daily, also resumed.

The state of 112 million people ordered a fresh lockdown in some districts and put curbs on cinemas, hotels and restaurants until the end of the month after infections rose to a multi-month high earlier this week

New cases have more than doubled in the past two weeks in Maharashtra’s industrial towns such as Pune, Aurangabad, Nashik and Nagpur, home to car, pharmaceutical and textile factories.

“We have asked industries there to operate with minimum manpower as much possible,” said a senior Maharashtra government official, declining to be named as he was not authorised to talk to the media. “Most of the IT companies have allowed their employees to work from home.”

Hospital beds and special Covid-19 facilities were filling up fast, especially in Mumbai, Nagpur and Pune, said another state official.

Earlier this month, more than 80 per cent of oxygen and intensive-care beds in Maharashtra were unoccupied.

Half a dozen other states, such as Punjab and Madhya Pradesh, have also seen a rise in cases this month.

India has administered more than 37 million vaccine doses since the middle of January. — Reuters

These were the details of the news India and Pakistan suffer new Covid-19 surge for this day. We hope that we have succeeded by giving you the full details and information. To follow all our news, you can subscribe to the alerts system or to one of our different systems to provide you with all that is new.