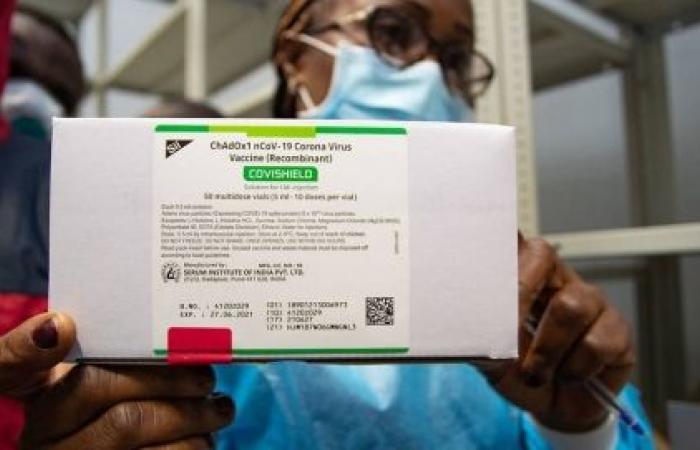 We show you our most important and recent visitors news details Health experts give green light to Janssen COVID jab, allay clotting concerns in the following article

Hind Al Soulia - Riyadh - GENEVA — The Janssen COVID-19 vaccine was publicly approved for international use on Wednesday by the UN health agency expert advisory board, SAGE, which allayed concerns over clotting events being associated by some countries, without definitive evidence, with coronavirus jabs.

In a virtual press conference from Geneva, SAGE hailed the one-dose Janssen shot — produced by a Johnson & Johnson subsidiary — as a safe and lifesaving addition to the three other vaccines it has already approved for use: Pfizer, Moderna, and AstraZeneca.

The expert panel also noted that clotting episodes - also known as hypercoagulable events - were a symptom of COVID-19, amid the suspension of the AstraZeneca/Oxford vaccine by several European countries, pending scientific review.

‘These are lifesaving products’

“The world is in a place where there is insufficient supply to meet the requirements of people who need to be vaccinated; clearly, any of these vaccines are lifesaving products”, said Dr. Kate O’Brien, Director, Department of Immunization, Vaccines, and Biologicals at the World Health Organization (WHO).

She insisted that the vaccines “need to be used as quickly as we can get them deployed. People can have confidence in their safety and efficacy and in the quality of the manufacture of the products.”

During trials for the Janssen vaccine involving nearly 44,000 people, 10 of the 22,000 people who received the blank dose developed a blood clot — or thrombo-embolic events — while 14 of the remaining 22,000 who were inoculated, developed a clot.

“This is about the same”, for both groups said Dr. Annelies Wilder-Smith, the SAGE technical adviser. “There’s a slight imbalance, but it’s still not statistically significant,”

No evidence of clots related to vaccines

“As for the vaccine itself, we have not seen it in a trial, there’s no reason to think and no biological causability as far we understand now, that the vaccine could cause thrombo-embolic events itself. However, we have to be open for new events, and we have to take it seriously.”

Dr. Wilder-Smith explained that those recruited for vaccine testing were intentionally chosen because they were people who were “at high risk” of developing blood clots.

“COVID really pre-disposes patients to a hypercoagulable state where indeed many of the deaths that we see in the severe cases are due to thromboembolic events”, Dr. Wilder-Smith said, ahead of an expected announcement by the European Medical Agency (EMA) on the issue on Thursday.

In a statement released on Wednesday specifically addressing the AstraZeneca suspension by some European nations, the agency said it was "good practice" to investigate the possible linkages, that the benefits of the vaccine "outweigh its risks" and WHO "recommends that vaccinations continue."

The development comes amid a rise in new cases of coronavirus infection worldwide, increasing by 10 percent in the past week, to more than three million new reported cases.

WHO reported on Wednesday that after peaking in early January 2021 - when there were just under five million cases a week - new cases then declined to around 2.5 million in the week commencing Feb. 15, 2021.

But the past three weeks have seen cases increasing again.

This week, the Americas and Europe continue to account for more than 80 percent of new cases and new deaths, with rises in new cases in all regions - apart from Africa, where they remained the same as last week.

These were the details of the news Health experts give green light to Janssen COVID jab, allay clotting concerns for this day. We hope that we have succeeded by giving you the full details and information. To follow all our news, you can subscribe to the alerts system or to one of our different systems to provide you with all that is new.