What now for North Korea and US talks? 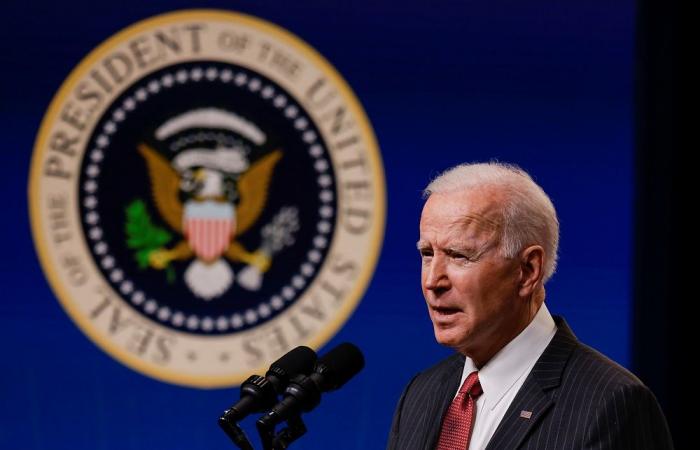 Hello and welcome to the details of What now for North Korea and US talks? and now with the details

SEOUL, March 18 — Almost two months after Joe Biden took office, North Korea has finally acknowledged the new US president. However, unlike with his predecessors, it wasn’t with a missile, but a vow to keep ignoring Washington.

AFP takes a look at the country’s intentions and what its next moves might be.

What does North Korea want?

US officials say they have attempted to reach out to Pyongyang through “several channels” in recent weeks, with no response.

Dialogue between Pyongyang and Washington has been deadlocked since the collapse of the 2019 Hanoi summit North Korean leader Kim Jong Un and then US president Donald Trump over sanctions relief.

The North issued two separate statements by top officials this week, with first vice foreign minister Choe Son Hui demanding the US withdraw its “hostile policy” against her country.

“It had better drop the cheap trick by which it tries to use the DPRK-US contact as a means for gaining time,” she said.

Park Won-gon, a professor of North Korea studies at Ewha Womans University, told AFP: “North Korea is making it clear that it will not come to talks unless the US offers concessions first.”

But by not laying out a specific precondition to talks, he added, Pyongyang was “showing flexibility”.

Why is it speaking out now?

North Korea has not directly addressed the new US administration until this week. The timing is clearly linked to the visit by Secretary of State Antony Blinken and Pentagon chief Lloyd Austin to Asia.

“It’s a way for Pyongyang to set the tone without overtly appealing for the Biden administration’s attention,” Soo Kim, a former CIA analyst now with the RAND Corporation, told AFP.

“The regime is also trying to reiterate that it calls the shots in the game, lest anyone has forgotten,” she said.

The first missile test after president Barack Obama’s January 2009 inauguration came in early April, while Donald Trump had to contend with a launch only three weeks after being sworn in.

The North has made rapid progress with its nuclear and missile programmes under Kim and unveiled a new submarine-launched ballistic missile at a military parade in January.

Kim abandoned his self-declared moratorium on nuclear tests or ICBM launches in January 2020, but even so Pyongyang has confined itself to short-range missile tests since then, the last of them a year ago.

Speculation about North Korean missile launches emerges regularly, but it could also choose lower-level actions such as static engine tests.

Go Myong-hyun of the Asan Institute of Policy Studies said Pyongyang was waiting for the right timing to “ensure legitimacy for provocation”.

How are things in North Korea?

The coronavirus pandemic has added to the pressures on the North, with Pyongyang closing its borders and blockading itself far more effectively than even the most hawkish backer of sanctions could ever hope to achieve.

Trade has plummeted and several foreign embassies withdrawn their staff.

Pyongyang insists it has not had a single case of the disease — observers doubt the claim — but the self-isolation has put further strain on the economy, along with sanctions and summer floods.

“They are in a tough situation for sure,” said scholar Park. “That in turn could heighten their need for a breakthrough with Washington.”

Pyongyang is notorious for its nasty name-calling of US presidents: it called Barack Obama a “monkey” and referred to Donald Trump was a “mentally-deranged dotard” at the height of tensions in 2017.

Before Biden was nominated as candidate, the North’s state media called him “a rabid dog” who should be beaten to death, but it has not even mentioned the new US president by name since his election.

“When North Korea mentions a president by name, it must be clear whether it is insulting him or praising him,” said Go, adding Pyongyang was still assessing the new administration.

The North’s rhetoric has so far been relatively restrained, and Soo Kim said it may hesitate to provoke a confrontation that would result in a “rigid and inflexible” US stance.

“With four years remaining of Biden’s term, I don’t think Kim wants to take this big of a leap just yet,” she said.

Trump’s unorthodox approach to foreign policy saw him trade insults and threats of war with the North Korean leader before an extraordinary diplomatic bromance and a series of summits and meetings.

Analysts say Pyongyang likely has mixed feelings over the Republican.

“Perhaps not Trump the person, but the fact that dealing with the US was a cakewalk under the Trump administration,” she added.

The North at one time saw Trump as an “opportunity for a breakthrough”, noted professor Park, but struggled to deal with his unpredictability.

“Whether they prefer an unpredictable Trump or a predictable Biden is hard to put your finger on.” — AFP

These were the details of the news What now for North Korea and US talks? for this day. We hope that we have succeeded by giving you the full details and information. To follow all our news, you can subscribe to the alerts system or to one of our different systems to provide you with all that is new.

PREV Johnson & Johnson, other drugmakers go to trial in California in US$50b case over ‘deadly legacy’ of opioids
NEXT Dutch cargo ship adrift off Norway after dramatic evacuation