Decade of death, destruction, displacement must not sap our solidarity with Syrians: UNHCR 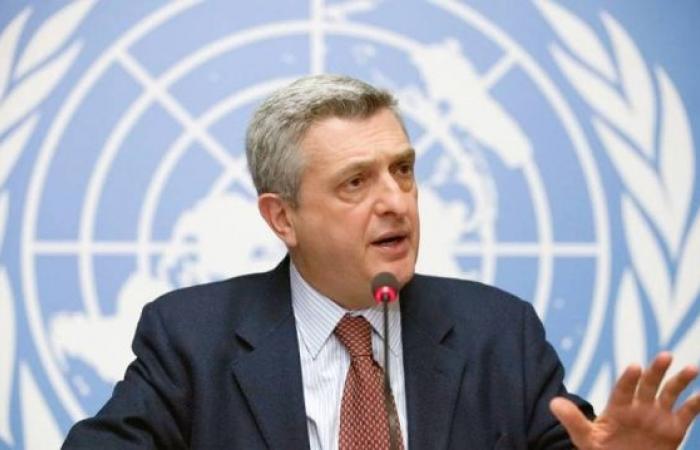 We show you our most important and recent visitors news details Decade of death, destruction, displacement must not sap our solidarity with Syrians: UNHCR in the following article

Hind Al Soulia - Riyadh - GENEVA — The UN High Commissioner for Refugees Filippo Grandi on Monday said, "a decade of death, destruction and displacement must not sap our solidarity with Syrians".

"Ten years of the Syrian crisis have inflicted unimaginable human suffering and pain. The world has failed Syrians," Grandi added in a press release.

"As the UN High Commissioner for Refugees, leading a response to one of the largest refugee crises in modern times, I observe this anniversary with a heavy heart.

For global leaders, it's a stark and damning reminder that this decade of death, destruction and displacement happened on their watch," he explained.

After ten years, half of the Syrian population has been forced to flee their homes. More than 5.5 million are refugees in the region while hundreds of thousands more are scattered across 130 countries. Another 6.7 million Syrians have also been internally displaced.

In ten years, hardly any town or village in Syria has been spared the violence, and the humanitarian suffering and deprivation of those inside Syria is untenable.

A combination of waning aid with COVID-19 induced economic downturn has driven Syrian refugees to unseen levels of desperation. In Lebanon, nine out of ten Syrians live now in extreme poverty.

The loss of livelihoods, rising unemployment and COVID-19 have also pushed millions of their Jordanian, Lebanese, Turkish and Iraqi hosts below the poverty line.

At the same time, we have been witnesses to extraordinary generosity that has saved millions of Syrian lives. Syria's neighbors have been sheltering millions of refugees, shouldering huge responsibility.

Their economies, scarce resources, infrastructure and societies are under tremendous pressure.

Beyond the region, a groundswell of solidarity with Syrian refugees has driven many governments to shift policies and offer genuine gestures of help to refugees and refugee-hosting countries through resettlement, family reunifications, humanitarian visas, scholarships and other safe and legal pathways for Syrian refugees.

The gravity of this crisis must not weaken our solidarity for Syrians.

On the contrary, we must redouble our collective effort to support both refugees and the communities hosting them. Grandi stressed out that "we owe Syrian refugees and the region no less". — KUNA

These were the details of the news Decade of death, destruction, displacement must not sap our solidarity with Syrians: UNHCR for this day. We hope that we have succeeded by giving you the full details and information. To follow all our news, you can subscribe to the alerts system or to one of our different systems to provide you with all that is new.