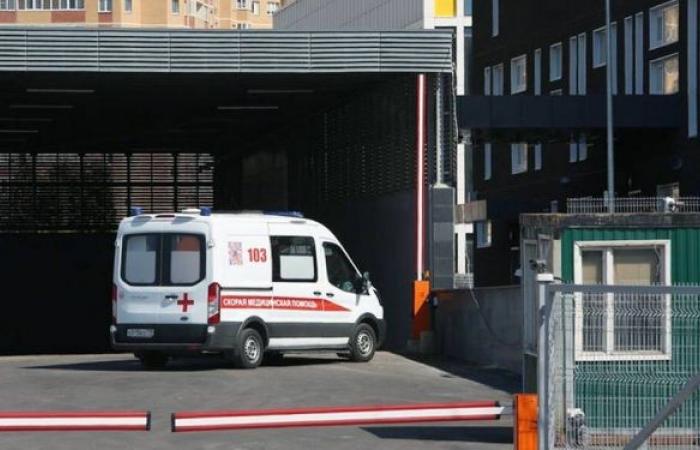 We show you our most important and recent visitors news details Global coronavirus caseload reaches 120.6 million in the following article

Coronavirus is continuing its spread across the world with over 100 million confirmed cases in 218 countries and more than 2.6 million deaths. The virus is surging in many regions and countries that had apparent success in suppressing initial outbreaks are also seeing infections rise again.

The US has recorded over 30 million cases and nearly 547,000 deaths, the highest figures in the world. Daily cases were at record levels in early January but they have fallen substantially in the last few weeks. Canada, which has a far lower death rate than the US, also experienced a winter surge but daily cases have also been falling recently.

The US recorded Sunday 30,117,578 total coronavirus cases in the past 24 hours as the confirmed cases nation-wide crossed 30 million. According to Johns Hopkins University at least 547,637 deaths across US, with the country remaining the world’s worst hit by the pandemic. About 22,256,007 people recovered.

Brazil and India have the second and third highest case tallies, recording some 11.4 and 11.3 million cases respectively. Infections have been reported in more than 218 countries and territories since the first cases were identified in China in December 2019.

In London, Britain said that the death toll from coronavirus has risen by 64 to 125,580, the Department of Health and Social Care said on Monday. As many as 5,089 more lab-confirmed cases raised the country’s overall count to 4,263,000, according to the department’s daily update.

In Moscow, Russia reported 10,083 new coronavirus cases on Monday, bringing the total number of confirmed infections to 4,400,045 after it crossed the 4 million mark. Russia's coronavirus crisis center said 404 coronavirus patients had died in the last 24 hours and the overall national coronavirus death toll was at 92,494.

They added 8,447 people recovered from the virus, raising the total number of recoveries to 3,003,576. The COVID-19 pandemic was confirmed to have spread to Russia on Jan. 31, 2020 when two Chinese citizens in Tyumen (Siberia) and Chita (Russia Far East) tested positive for the virus.

In Berlin, German health authorities reported on Monday 47 deaths and 6,604 new coronavirus cases in the past 24 hours. The Robert Koch Institute (RKI) for infectious diseases said the country’s death toll increased to 73,418 cases and the total confirmed cases those to 2,575,849.

In Paris, the French Health Ministry reported 26,343 new coronavirus infections over the past 24 hours on Sunday. France's cumulative total of cases now stands at 4,071,662. The COVID-19 death toll was up by 114 to 90,429. France announced its approval of the use of Moderna COVID-19 vaccine and to include it in its vaccine program.

In Rome, Italy’s death toll from the coronavirus outbreak hit 102,499 on Monday after 354 more people succumbed to the disease over the past 24 hours, Health Ministry data showed. Some 15,267 new cases were logged in the same period to raise the total in one of the world’s worst-affected countries to over 3,238,394, according to government figures.

In Brussels, total infections of coronavirus cases in Belgium on Sunday increased to 808,283 with 2,962 new infections reported by Belgian health authorities. They reported 20 more deaths from COVID-19 in the last 24 hours raising the total death toll to 22,441.

In Vienna, Austrian authorities announced Monday that they recorded 1,896 new coronavirus cases raising the total number of confirmed infections to 495,464. More than 459,000 cases have recovered Since the start of the pandemic, deaths have reached 8,892, said the country’s Health Ministry.

It added 13 people have recovered from the virus and left hospitals in the past 24 hours to reach a total of 85,238. There are still 175 patients receiving treatment.

In New Delhi, India said on Monday that 118 people died due to COVID-19 while 26,291 new cases of the coronavirus were registered in the past 24 hours. The Ministry of Health and Family Welfare said that fatalities due to COVID-19 rose to 158,725 as the total number of positive cases mounted to 11,385,339.

According to the ministry, 11,007,352 people recuperated from the pandemic as it spread to 35 states. India has the world's second-highest caseload, but daily infections have dipped steadily since hitting a peak in September.

In Latin America, Brazil has more than nine million confirmed cases (11,439,558) and the world's second highest death toll (277,102). The country is currently seeing a second surge in infections.

Africa has recorded more than 3.8 million cases, but the true extent of the pandemic there is not known as testing rates are low. Concern is growing about a South African variant of the disease, which is thought to share some similarities with the new UK strain, including being more easily transmissible.

In Cairo, the Egyptian Ministry of Health and Population said on Sunday that 644 more people tested positive for the novel coronavirus and 44 patients died over the past 24 hours. The figures took the country’s tally to 190,924 infections and 11,300 deaths the ministry said. Another 431 patients have been discharged from the hospitals, bringing the overall recoveries to 147,234. — Agencies

These were the details of the news Global coronavirus caseload reaches 120.6 million for this day. We hope that we have succeeded by giving you the full details and information. To follow all our news, you can subscribe to the alerts system or to one of our different systems to provide you with all that is new.