Suu Kyi to face court after bloodiest day in Myanmar 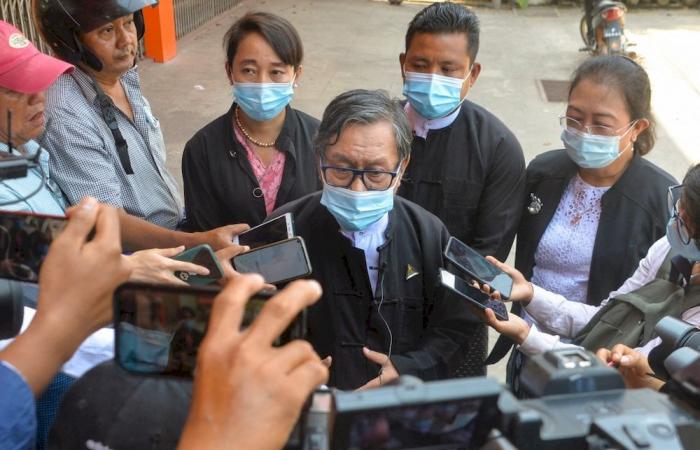 YANGON, Mar 15 — Myanmar’s ousted civilian leader Aung San Suu Kyi was set to appear in court today, after dozens of people were killed in the bloodiest day since a military coup more than six weeks ago.

At least 44 protesters were killed yesterday as security forces cracked down on anti-coup demonstrations, taking the total death toll to more than 120, according to the Assistance Association for Political Prisoners (AAPP) monitoring group.

Protesters demanding the release of Suu Kyi and the restoration of democracy have taken to the streets across Myanmar every day for around six weeks despite the junta’s increasingly forceful attempts to quell the dissent.

Sunday saw violent clashes between security forces and protesters and the torching of several Chinese-owned factories in a textile-producing district of Yangon, as many protesters believe Beijing to be supportive of the coup.

The AAPP on Monday said six more deaths had been confirmed to add to an overnight toll of 38, making Sunday the deadliest single day since the coup.

The Yangon court hearing for Suu Kyi — who spent more than 15 years under house arrest during previous military rule — was scheduled for 10 am (0330 GMT) but the start was delayed by legal wrangling, her lawyer Khin Maung Zaw told AFP.

Military authorities have also accused her of accepting illegal payments of US$600,000 in cash as well as a large quantity of gold — allegations her lawyer says are “groundless”.

“The ruling junta has showed its teeth and taken its mask off they are showing their true self,” Khin Maung Zaw said of yesterday’s violence.

Khin Maung Zaw has complained he has not been allowed to meet Suu Kyi, who has been in custody since the coup, though he said the 75-year-old appeared in good health at her last court appearance, by video link, on March 1.

Today saw four more Yangon townships put under martial law — adding to two subjected to the measures yesterday — while mobile internet connections appeared to have been shut down.

The declaration of martial law means anyone arrested in the six townships faces trial by military tribunal rather than civilian courts, with sentences ranging from three years’ hard labour to execution.

The authorities have throttled the internet every night for several weeks, normally restoring services in the morning, but monitoring service Netblocks said mobile data networks were kept offline.

The international community is growing ever more alarmed at the bloodshed, but so far the generals have shown no signs of heeding calls for restraint.

The UN’s top rights expert on Myanmar, Tom Andrews, tweeted that he was “heartbroken/outraged” at Sunday’s events.

“Junta leaders don’t belong in power, they belong behind bars,” he wrote.

“Their supply of cash & weapons must be cut now. I appeal to UN member states to heed my call to act.”

The news that Yangon’s massive Hlaing Tharyar township and the neighbouring Shwepyitha township were being put under martial law came on state media Sunday night.

The move came after protesters and security forces clashed violently and five factories — several of them Chinese-owned — in Hlaing Tharyar, a garment-producing district, were razed.

State-run television confirmed on Monday that a police officer was shot dead in the city of Bago, 60 kilometres (37 miles) northeast of Yangon, during a protest.

Beijing’s embassy in Myanmar issued a statement condemning the actions of “destroyers” and urging police to “guarantee the security” of Chinese businesses.

The UN envoy for Myanmar, Christine Schraner Burgener, strongly condemned Sunday’s bloodshed, while the former colonial power Britain said it was “appalled” by the use of force “against innocent people”.

Last week Andrews, the UN special rapporteur on rights in Myanmar, said there was growing evidence that the junta was engaging in crimes against humanity — including murder, forced disappearances and torture.

These were the details of the news Suu Kyi to face court after bloodiest day in Myanmar for this day. We hope that we have succeeded by giving you the full details and information. To follow all our news, you can subscribe to the alerts system or to one of our different systems to provide you with all that is new.