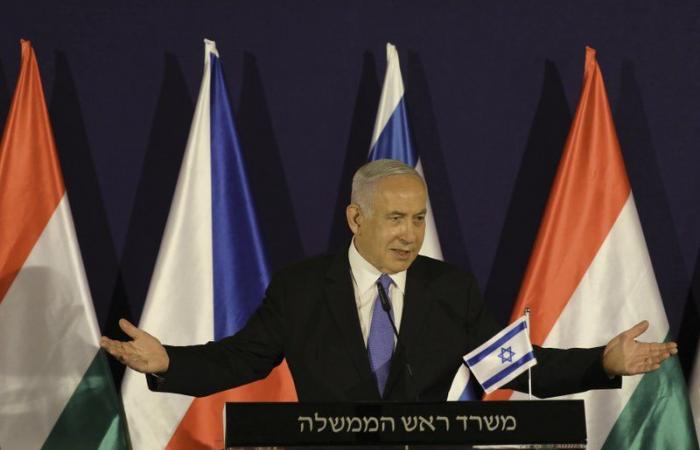 Mohamed Nass - Cairo - JERUSALEM (AP) — Israeli Prime Minister Benjamin Netanyahu said he was deterred from flying to the United Arab Emirates through Saudi Arabian airspace last week because of the threat of missile fire from Iranian proxies in Yemen.

Netanyahu, whose comments came Saturday, had called off a visit to the Emirates last week over a spat with neighboring Jordan, which had temporarily closed its airspace to the Israeli prime minister’s flight.

But rather than bypass Jordanian airspace and take a more southerly route across Saudi skies, Netanyahu told Israel’s Channel 13 “there were also problems a week ago in the skies of Saudi Arabia,” referring to recent missile attacks by Yemen’s Huthi rebels.

Netanyahu did not elaborate, nor did he say his plane was targeted by the Iran-backed Huthis.

Yemen’s Huthi rebels, who control the capital and much of the country’s north, have escalated their cross-border attacks on critical Saudi infrastructure in recent weeks, crashing bomb-laden drones and missiles into the kingdom’s Patriot missile batteries and revealing gaps in the country’s defenses.

Last week, missiles and drones hit one of the world’s largest oil shipping ports and halted air traffic toward the international airport in the port city of Jiddah. While Huthi-claimed attacks on Saudi Arabia rarely cause substantial damage, such strikes have roiled the world economy and raise the risk of a disruption in global oil supplies.

Netanyahu was slated to make the first official visit by an Israeli leader to the United Arab Emirates, half a year after the countries established formal relations. He had hoped to use the audience with the UAE’s crown prince to boost his reelection campaign less than two weeks before Israel’s March 23 parliamentary elections.

The Prime Minister’s Office said it had difficulties coordinating the flight over Jordanian airspace after Jordan’s crown prince canceled a visit to the Al-Aqsa Mosque in Jerusalem, a sensitive holy site under Jordanian custodianship, due to disagreements over security arrangements.

These were the details of the news Israeli PM avoided Saudi airspace because of Huthi missiles for this day. We hope that we have succeeded by giving you the full details and information. To follow all our news, you can subscribe to the alerts system or to one of our different systems to provide you with all that is new.

PREV Chauvin chooses not to testify at George Floyd murder trial
NEXT Months after hack, US poised to announce sanctions on Russia