Average of one child injured or killed every 8 hours over past 10 years in Syria: UNICEF 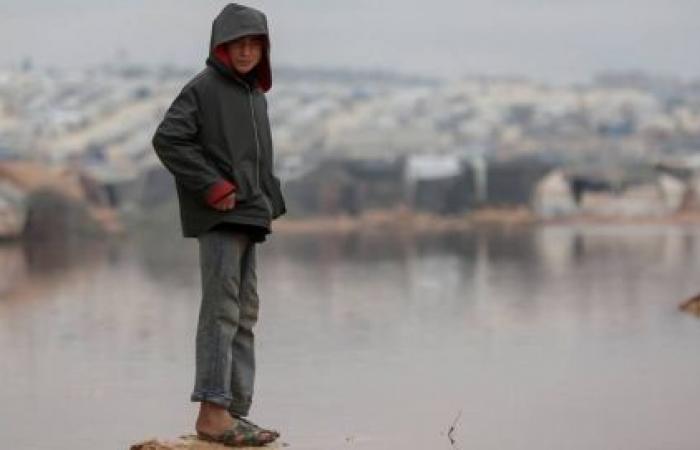 We show you our most important and recent visitors news details Average of one child injured or killed every 8 hours over past 10 years in Syria: UNICEF in the following article

Hind Al Soulia - Riyadh - BEIRUT — The grim ten-year anniversary of the war in Syria has left 90 percent of the country’s children in need of help, as a triple crisis of violence, economic misery, and the COVID-19 pandemic has pushed families to the brink of despair, UNICEF reported on Friday.

“The triple crisis of 2020, and still this year, has somehow further exacerbated the situation for Syria’s children”, said UNICEF’s Representative in Syria, Bo Viktor Nylund, briefing journalists in Geneva. “So what does it mean in practical terms? It means for instance that two out of three families report that they cannot meet their basic needs.”

The COVID-19 pandemic has put a massive additional burden on children and their families, according to UNICEF.

“Of course, COVID-19 impacts on the economy but also on the social fabric of the society. Those factors combined increase significantly the risks for boys and girls and seeing them resort to negative coping mechanisms”, Mr. Nylund said. “So, for instance, we have seen an increase in child marriage, and also more children are having to go to work, some as young as seven years old.”

The price of the average food basket increased by more than 230 percent in the last year, and more than half a million children under five in Syria suffer from stunting as a result of chronic malnutrition, according to the UN agency’s statistics.

“Nearly five million children were born inside Syria over the past 10 years, with an additional one million children being born outside as refugees in Syria’s neighboring country, and these are millions of children who know nothing but death and displacement and destruction,” said the senior UNICEF official.

The number of children reported to be displaying symptoms of psychosocial distress, doubled in 2020, as they continued to be exposed to violence, shock, and trauma.

“Since 2011, nearly 12,000 children were verified as killed or injured in Syria, that’s one child every eight hours over the past ten years. As we all know, these are children that the UN was able to verify as having been killed or injured, and the actual numbers are likely to be much higher,” Nylund said.

According to verified data, between 2011 and 2020, more than 5,700 children — some as young as seven years old — were recruited into the fighting.  In the same period (2011-2020) more than 1,300 education and medical facilities have come under attack, including the people working there.

“Education now is facing one of the largest crises in recent history,” Nylund said. “ We are seeing some 3.5 million children out of school, including 40 percent of those are girls, and we cannot overstate what this means for these children now, what it means to their communities but also for the country as a whole in the years to come,” he added.

The situation in Syria’s northwest, where millions of children remain displaced, is particularly alarming, with many families having fled violence multiple times, some as many as seven times, in search of safety. They are living in tents, shelters and destroyed or unfinished buildings.

The UNICEF representative reminded reporters that children associated with armed groups, especially those in northeast Syria, must be reintegrated in local communities. Children of foreign nationals must also be repatriated safely to their countries of origin.

The agency is also reminding the warring parties that humanitarian organizations urgently need funding to deliver assistance to Syria’s children. To this end, UNICEF is appealing for $1.4 billion for its response inside Syria and the neighboring countries for 2021.

These were the details of the news Average of one child injured or killed every
8 hours over past 10 years in Syria: UNICEF for this day. We hope that we have succeeded by giving you the full details and information. To follow all our news, you can subscribe to the alerts system or to one of our different systems to provide you with all that is new.