Hello and welcome to the details of Myanmar junta charges five journalists, including AP, over coup coverage and now with the details

YANGON, March 12 — A Myanmar court formally charged five journalists today, including a photographer from AP, over their coverage of anti-coup protests, after a week in which the military junta raided newsrooms and revoked media licences.

The country has been in uproar since a February 1 putsch that deposed civilian leader Aung San Suu Kyi from power, triggering a mass uprising that has brought hundreds of thousands of people onto the streets to demand a return to democracy.

Five journalists covering an anti-coup protest in Yangon last month were arrested and are facing charges of “causing fear, spreading false news or agitating directly or indirectly a government employee”.

The junta had amended the law after the coup, increasing the maximum sentence from two years to three years in jail.

Today’s hearing saw the five journalists — who were present via video conference — formally charged, as a US embassy representative waited outside the court.

One of the journalists was Thein Zaw, a photographer for Associated Press. His brother told AFP after the hearing that he was able to go inside to meet the defendant video conference.

“We got the chance to speak for two minutes,” said Myint Kyaw, adding that Thein Zaw was in tears.

“He said he’s still okay inside and not to worry too much about him and that he is in good health.”

The four others are from Myanmar Photo Agency, 7Day News, Zee Kwet Online news, and a freelancer.

Their hearing comes at the end of a week that saw the offices of two local media outlets — Myanmar Now and Mizzima — raided.

They also had their publishing licences revoked, as did independent media, DVB, Khit Thit and 7Day News.

Mizzima’s editor Soe Myint said yesterday via video conference during a panel at the Foreign Correspondents’ Club of Thailand that his staff were “well prepared” for such a crackdown on the press.

“Personally, I’m ready to face any (future), including being arrested or being killed,” Soe Myint told the panel.

“This is what we have to do in order to be independent media in the country.” — AFP

These were the details of the news Myanmar junta charges five journalists, including AP, over coup coverage for this day. We hope that we have succeeded by giving you the full details and information. To follow all our news, you can subscribe to the alerts system or to one of our different systems to provide you with all that is new. 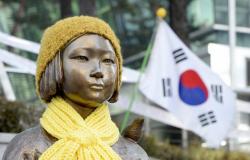 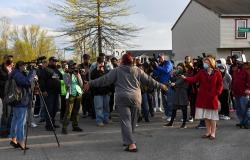 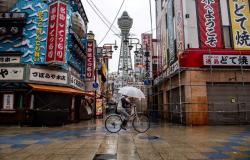 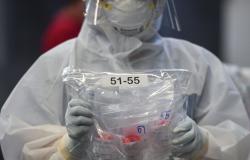