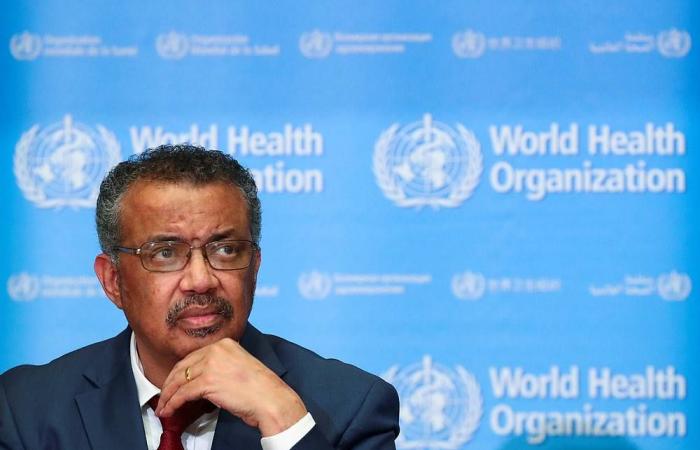 Hello and welcome to the details of WHO’s pandemic response: From criticism to Nobel? and now with the details

GENEVA, Mar 11 — In the year since the World Health Organization first described the Covid-19 outbreak as a pandemic, it has faced towering criticism, but has also been showered with praise.

Here is an overview of the main criticisms and plaudits the United Nations health agency has faced since the Covid-19 outbreak first surfaced in China in December 2019.

From the very start, the WHO faced criticism that it was mishandling the crisis.

Some accused it of taking too long to recognise that the virus was easily transmitting between humans.

But most of the criticism has focused on its initial reluctance to declare a global health emergency, and in particular to utter the word “pandemic”.

The WHO learned on December 31, 2019 of a mysterious pneumonia outbreak in Wuhan and has repeatedly insisted it immediately jumped into action.

But it was not until January 30, 2020 that WHO chief Tedros Adhanom Ghebreyesus declared the situation a Public Health Emergency of International Concern — the highest level of alarm under international health rules.

Top WHO experts had gathered a week earlier, but initially failed to agree on whether the PHEIC label was warranted at a time when, outside China, there were fewer than 100 Covid-19 cases and no deaths.

And while the PHEIC technically is the highest level of alarm, many countries did not spring into action until Tedros finally used the word “pandemic” on March 11.

The word, which does not feature in the official international health alert system, appears to have more aptly conveyed the urgency of the situation, sending large swathes of the planet into lockdown.

From the start, the UN health agency met criticism for its over-the-top praise of Beijing’s early response to the crisis.

It was also lambasted for allowing more than a year to pass before managing to send in a team of international experts to investigate the origins of the virus, and was accused of allowing China to dictate the parameters of their mission.

Former US president Donald Trump slammed the WHO as a “puppet” of Beijing, which his administration and others accused of covering up the start of the outbreak and allowing the virus to spread around the entire world.

While that process was immediately reversed when Trump’s successor Joe Biden entered the White House in January, his administration has also expressed “deep concerns” about the early findings of the WHO expert mission to China.

Much of the criticism lobbed at the WHO has revolved around inadequate and shifting recommendations, especially on the usefulness of wearing facemasks to protect against transmission of Covid-19.

Early on in the pandemic, when surgical masks were in devastatingly short supply, the UN agency understandably encouraged leaving available stocks to health personnel and those caring for Covid patients.

It meanwhile also repeatedly suggested that facemasks worn by the general public risked doing more harm than good, since they could perhaps give a false sense of security, and also people would be touching their face more.

On April 6, 2020, the WHO repeated that generalised use of facemasks was not justified unless other protection measures like physical distancing were not possible.

It was not until June 5 that the WHO recommended wearing facemasks in high-density areas in regions hard-hit by Covid-19.

The global health body has also faced criticism for not calling for border closures or the halt of international air travel to prevent the virus from spreading.

While the WHO may have been criticised for initially reacting too slowly, it has been lauded for its massive communication efforts.

From the very beginning, the agency has hosted a cascade of press conferences and international meetings of experts and political leaders, while providing constant social media updates.

Tedros, flanked by other top WHO officials, has spoken to the media and at other public events on an almost daily basis for more than a year, hammering home recommendations and refuting criticism.

The WHO chief, who is also omnipresent on social media, has also surrounded himself with a flurry of celebrities to help spread the agency’s message on combating the pandemic.

The organisation dampened some of the criticism against it by launching an independent probe into the global pandemic response, including its own actions.

The WHO has been roundly praised, in particular by poorer nations, for its support for countries’ pandemic response, providing protective gear, tests and other items where needed.

But the Covax vaccine distribution initiative, aimed at ensuring equitable access to Covid jabs around the world, has garnered the most attention.

The scheme is aiming to distribute two billion doses this year, and aspires to vaccinate health workers and the most vulnerable 20 per cent of the population in the 92 poorest participating countries.

WHO and the co-backers of the initiative — Gavi, the Vaccine Alliance, and the Coalition for Epidemic Preparedness Innovations (CEPI) — have even been nominated for the Nobel Peace Prize. — AFP

These were the details of the news WHO’s pandemic response: From criticism to Nobel? for this day. We hope that we have succeeded by giving you the full details and information. To follow all our news, you can subscribe to the alerts system or to one of our different systems to provide you with all that is new.