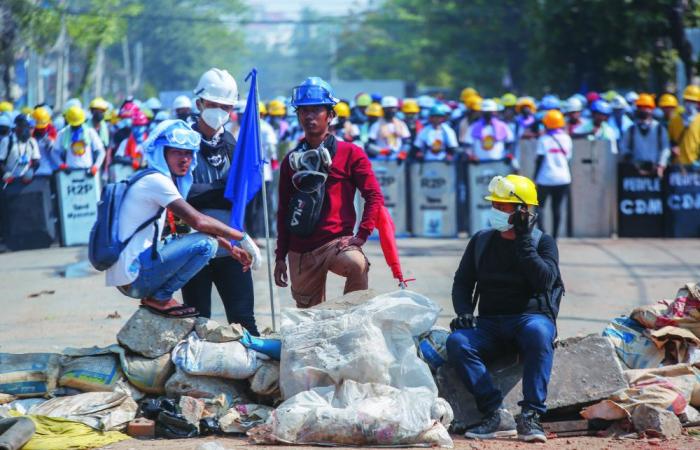 Jeddah - Yasmine El Tohamy - NEW DELHI: India’s government on Wednesday denied “misleading” media reports that said it had made it mandatory for madrasas, or Islamic schools, to include Hindu epics such as the Bhagavad Gita and Ramayana in their curriculum, saying instead that it was “optional” to teach the ancient scriptures.

“It is up to the madrasas to teach Indian epics. We are not forcing anyone to start this course. It is just optional,” Professor Saroj Sharma, chairman of the National Institute of Open Schooling (NIOS), said in exclusive comments to Arab News.
Controversy arose after local media outlets claimed that the NIOS, an autonomous body of the education ministry, had passed an order making it “mandatory” for Hinduism to be taught at 100 autonomous madrasas.
“It is misleading. Madrasas are integral to the NIOS, and the students of madrasas can opt for any subject of their choice,” Sharma said.
Under the topic of ancient Indian knowledge and heritage studies — announced by the government as part of its New Education Policy in July last year — 15 new courses had been added to the curriculum, which includes ancient Hindu scriptures called the Vedas, yoga, the Sanskrit language, the Ramayana and the Mahabharata.
The reports further said that the latest order from the NIOS was for autonomous madrasas.
There are two types of madrasas in India — ones affiliated with the state-run madrasa board and others operated by the community.
Sharma told Arab News that there are 500 madrasas accredited to the NIOS with “more to be added soon.”
However, the move from the NIOS making it “optional” to teach the Hindu content at madrasas has drawn the ire of Muslim leaders and scholars, several of whom see it as an “attempt to impose a majoritarian worldview on minorities.”
“The main purpose of creating a madrasa is to teach Islamic education. There is no need to teach Hindu texts in Islamic schools. These texts should be taught in Hindu religious schools,” Maulana Khalid Rasheed, chairman of the Darul Uloom Farangi Mahal madrasa, told Arab News.
The 350-year-old Islamic seminary is based in Lucknow, Uttar Pradesh (UP), a northern state controlled by Prime Minister Narendra Modi’s Bharatiya Janata Party (BJP), and is the most populous in the country.
At its helm is Chief Minister Yogi Adityanath, a firebrand Hindu monk, who has often faced criticism for his anti-Muslim rhetoric and controversial policies.
In 2017, his administration failed to include the Taj Mahal in its tourism booklet, saying that it did not “reflect Indian culture.”
More than 30,000 madrasas in UP are run by the community, while nearly 12,000 are state-run and teach its curriculum.
Rasheed, however, said that such moves are anti-community.
“The secular character of the constitution says that the government should not interfere in other people’s religious affairs,” he said, adding that “we would sit together and decide what legal steps need to be taken if it is imposed on us.”
Experts believe the latest campaign is part of the BJP’s “old tactics, which rely heavily on its slogan: Indianization of Islam.”
“For them, it is very important to problematize the madrasa education as a source of separatism. This is precisely what they intend to do this time,” Delhi-based scholar and writer Dr. Hilal Ahmad of the think tank Centre for Study of Developing Societies told Arab News.
Ahmad, who has authored two books — “The Muslim Political Discourse in Postcolonial India: Monuments, Memory, Contestation” and “Siyasi Muslims: A Story of Political Islams in India” — added that the attempt to “Indianize Islam is nothing new.”
“The idea of the Indianization of Islam has a long history. In the 1950s, there was a demand to remove a few verses from the Qur’an to make it India-specific and tolerant. In the 1980s, there was a court case in which it was demanded that the Qur’an be banned. This proposal to teach Hindu epics in madrasas actually stems from this ideological premise,” he said.
None of the demands saw the light of day.
However, Ahmad said it is an exercise to “send a message to the pro-Hindu majoritarian constituency that the state is determined to promote Hindutva as the authentic culture and religion of India.”
The BJP, however, justified its move to teach Hindu epics in Islamic schools as part of efforts to introduce “great historical works in schools.”
“The stories of the Ramayana and Mahabharata are for the whole of humanity. They are history. Their teaching should not be seen from the perspective of religion,” Rakesh Tripathi, BJP’s spokesman in UP, told Arab News.
Tripathi reasons that the “modernization of madrasas is the need of the hour.”
“Society wants that. Students should be exposed to all kinds of texts and history in Islamic schools, not only religious texts,” he said.
This is not the first time the BJP has turned its focus on madrasas.
In December last year, it disbanded all the state-run madrasas in the northeastern state of Assam before converting them into regular schools.
Zafaryab Jilani, secretary of the All India Muslim Personal Law Board, told Arab News that he fears a repeat of events in UP.
“Ever since the BJP government came to power, it has been making all efforts to undermine the Muslim community, interfere in their religion, create a situation in which they are cornered. Its majoritarian political intent is clear,” he said.

These were the details of the news Myanmar forces target railway workers over anti-coup strike for this day. We hope that we have succeeded by giving you the full details and information. To follow all our news, you can subscribe to the alerts system or to one of our different systems to provide you with all that is new. 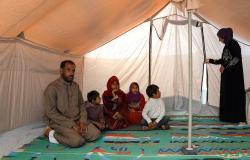 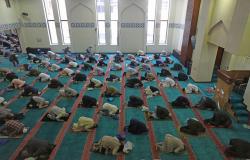 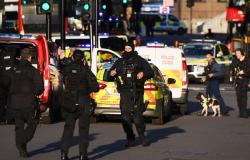 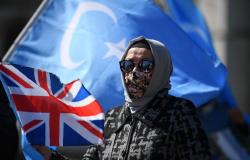