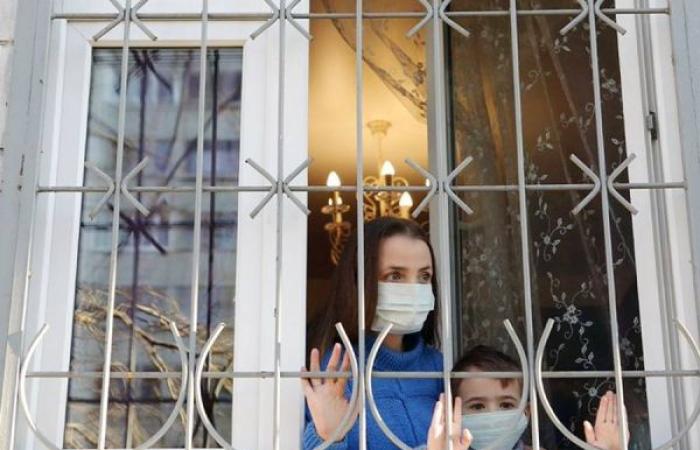 We show you our most important and recent visitors news details Global coronavirus caseload reaches 117.9 million in the following article

Coronavirus is continuing its spread across the world with over 100 million confirmed cases in 218 countries and more than 2.6 million deaths. The virus is surging in many regions and countries that had apparent success in suppressing initial outbreaks are also seeing infections rise again.

The US has recorded nearly 30 million cases and nearly 540,000 deaths, the highest figures in the world. Daily cases were at record levels in early January but they have fallen substantially in the last few weeks.

Canada, which has a far lower death rate than the US, also experienced a winter surge but daily cases have also been falling recently.

The US recorded Monday 29,751,543 total coronavirus cases in the past 24 hours as the confirmed cases nation-wide crossed 29 million. According to Johns Hopkins University, the tally showed that the confirmed cases nationwide reached 29,719,770 and at least 538,895 deaths across US, with the country remaining the world’s worst hit by the pandemic. Also, 20,462,692 people recovered during this period.

The CDC said preliminary data show that rates of COVID-19 associated hospitalizations continue to decline after peaking in early January. This decline is promising, but we should all do our part to slow the spread: Wear a mask. Stay 6 feet apart.

India and Brazil have the second and third highest case tallies, recording some 11 and 10.8 million cases respectively. Infections have been reported in more than 218 countries and territories since the first cases were identified in China in December 2019.

In Moscow, Russia reported 9,445 new coronavirus cases on Tuesday, bringing the total number of confirmed infections to 4,342,474 after it crossed the 4 million mark. Russia's coronavirus crisis center said 336 coronavirus patients had died in the last 24 hours and the overall national coronavirus death toll was at 89,809.

They added 9,931 people recovered from the virus, raising the total number of recoveries to 3,932,177. The COVID-19 pandemic was confirmed to have spread to Russia on Jan. 31, 2020 when two Chinese citizens in Tyumen (Siberia) and Chita (Russia Far east) tested positive for the virus.

In Berlin, German health authorities reported on Tuesday 225 deaths and 4,252 new coronavirus cases in the past 24 hours. The Robert Koch Institute (RKI) for infectious diseases said the country’s death toll increased to 72,189 cases and the total confirmed cases those to 2,509,445.

In Paris, the French Health Ministry reported 5,327 new coronavirus infections over the past 24 hours on Monday. France's cumulative total of cases now stands at 3,909,560. The COVID-19 death toll was up by 359 to 88,933. France announced its approval of the use of Moderna COVID-19 vaccine and to include it in its vaccine program.

In Brussels, total infections of coronavirus cases in Belgium on Tuesday increased to 789,008 with 1,117 new infections reported by Belgian health authorities. They reported 31 more deaths from COVID-19 in the last 24 hours raising the total death toll to 22,292.

In Amsterdam, The Netherlands has reported 31,959 new coronavirus cases in a week (March 2-9), raising the total infections to 1,128,202. The Dutch National Institute for Public Health and the Environment, in its weekly reports on Tuesdays, reported 269 more deaths from COVID-19 raising the total death toll to 15,917.

Meanwhile, Dutch Prime Minister Mark Rutte Monday evening announced that he will not lift the night curfew in the country before the end of March and also extended the ban on all foreign travel until April 15 to get the spread of coronavirus under control.

In Vienna, Austrian authorities announced Tuesday that they recorded 2,411 new coronavirus cases raising the total number of confirmed infections to 479,311. More than 447,000 cases have recovered Since the start of the pandemic, deaths have reached 8,757, said the country’s Health Ministry.

It added 11 people have recovered from the virus and left hospitals in the past 24 hours to reach a total of 85,186. There are still 190 patients receiving treatment.

In New Delhi, India said on Tuesday that 77 people died due to COVID-19 while 15,388 new cases of the coronavirus were registered in the past 24 hours. The Ministry of Health and Family Welfare said that fatalities due to COVID-19 rose to 157,930 as the total number of positive cases mounted to 11,244,786.

According to the ministry, 10,899,394 people recuperated from the pandemic as it spread to 35 states. India has the world's second-highest caseload, but daily infections have dipped steadily since hitting a peak in September.

In Tokyo, Japan reported on Tuesday 916 daily cases of novel coronavirus, raising the nation’s total number 441,221, the Health Ministry and local authorities said. The country’s cumulative death toll rose by 45 and stood at 8,320.

Tokyo added 290 new infections, which brought the total cases in the Japanese capital to 113,861. In an effort to curb the spread of coronavirus variants, Prime Minister Yoshihide Suga declared a state of emergency for Tokyo and three surrounding prefectures. It had suspended new entries of non-resident foreign nationals from around the world to Japan through Jan. 31.

In Seoul, South Korea reported 446 new coronavirus cases Tuesday, Yonhap reported in the past 24 hours, bringing the total caseload to 93,263, according to the Korea Disease Control and Prevention Agency (KDCA).

Three (person) people died in the past 24 hours raising the death toll to 1,645. Of the newly identified local infections, 98 cases were reported in Seoul and 181 cases in Gyeonggi Province that surrounds the capital.

Authorities recently lowered the social distancing to level 2 — the third highest in the five-tier system — for the Greater Seoul metropolitan area and level 1.5 for the rest of the country, effective two weeks. A ban on private gatherings of five or more people remains in place, while re8unions of immediate family members are allowed.

Additionally, the total number of healed cases increased to 1,210,877, the ministry indicated.

Elsewhere, Malaysian MoH said in a statement that the total number of infections went up to 316,269 after adding 1,280, while the death toll reached 1,186 after nine new fatalities. Overall cured numbers in Malaysia reached 296,379.

Meanwhile, the Philippines recorded 2,668 new cases of COVID-19 along with seven more fatalities. Philippine MoH said that the total infection numbers increased to 600,428, while the death toll hit 12,528, pointing out that the total number of recoveries reached 546,078.

Elsewhere, Thailand recorded 60 new cases of COVID-19 and no deaths. Thailand's Ministry of Public Health said that the total infection numbers increased to 26,501, while the death toll was 85, pointing out that the total number of recoveries reached 25,851.

In Latin America, Brazil has more than nine million confirmed cases (10,800,000) and the world's second highest death toll (238,532). The country is currently seeing a second surge in infections. Brazil ranks third in terms of infection numbers globally, behind the United States and India. On fatalities, Brazil ranks second behind the US.

In Cairo, the Egyptian Ministry of Health and Population said on Monday that 591 more people tested positive for the novel coronavirus and 43 patients died over the past 24 hours. The figures took the country’s tally to 187,094 infections and 11,038 deaths the ministry said. Another 466 patients have been discharged from the hospitals, bringing the overall recoveries to 144,485. — Agencies

These were the details of the news Global coronavirus caseload reaches 117.9 million for this day. We hope that we have succeeded by giving you the full details and information. To follow all our news, you can subscribe to the alerts system or to one of our different systems to provide you with all that is new.