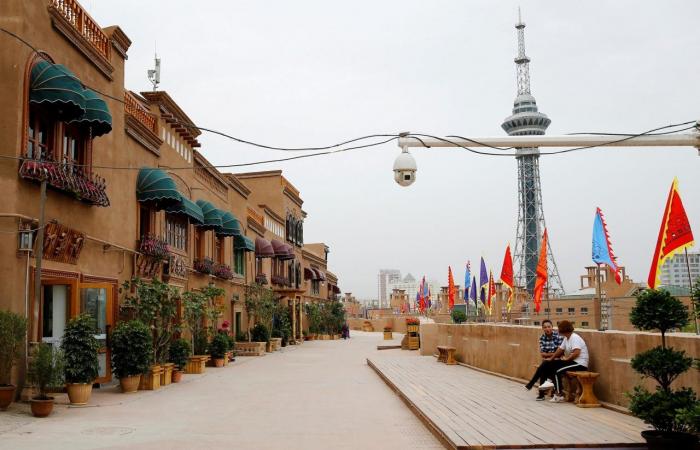 You are now following the details of the Xinjiang firms seek damages from foreign researcher over forced labour reports: media news and now we leave you with the details

The companies said researcher Adrian Zenz’s reports were untrue, damaged the reputation of the industry and led to economic losses after the United States banned cotton imports from Xinjiang, according to a report on by the Xinjiang Communist Party website on Monday evening.

Monday’s report on the lawsuit did not include details of which companies were behind the civil action nor how much they were seeking in compensation and Reuters was not immediately able to review a copy of any legal filing.

The report said the suit was filed in what it called a local Xinjiang court, but didn’t say when the filing was made. The Xinjiang government did not immediately respond to a request for more details on the case on Tuesday.

Experts said if it the suit would be the first known instance of a foreign researcher facing civil action in China over human rights research that has contributed to pressure for economic sanctions, and comes as Beijing has been stepping up its defence against foreign accusations of human rights abuses, which it denies.

The administration of former US President Donald Trump in December banned imports of cotton from Xinjiang Production and Construction Corps (XPCC), which produces around 30 percent of China’s cotton. In January it announced an import ban on all cotton and tomato products from Xinjiang over allegations that they were made with forced labour, without citing the source of the allegations.

XPCC could not be reached for comment by Reuters on Tuesday.

“It (the suit) would seem to be a tactic to try to raise the costs for those doing research on these kinds of severe human rights abuses,” said Sarah Cook, New York-based Research Director for China at US non-profit Freedom House.

“It could set a worrisome precedent … it could send a signal to foreign companies or others who might be considering being more outspoken or changing business practices due to what is happening in Xinjiang,” she said.

Zenz is a senior fellow in China studies at the US-based Victims of Communism Foundation, a non-profit that researches human rights in communist countries, and a critic of China’s ethnic policy in Xinjiang and Tibet whose research has been widely cited in western media, including Reuters.

Zenz said the lawsuit shows that his research is having an impact, although he believes the case is symbolic. He said he had last been in China more than a decade ago and has no intention of returning to China in the immediate future.

“That’s probably the most direct statement that some of these companies are incurring economic losses as the result of my publication,” he told Reuters on Tuesday. He said he had no knowledge of the contents of the suit.

Zen in December published a report that estimated around half a million people from ethnic minority groups in Xinjiang are employed in cotton picking through coercive labour transfer programmes. The research was based on an analysis of Chinese government documents and state media.

Last July, state media reported that Beijing was considering suing Zenz for libelling China, though no public information has since been released on any potential case and Zenz has not heard of any suit.

On Monday, China’s parliament said it will speed up lawmaking aimed at countering foreign sanctions and “long-arm jurisdiction” amid increasing pressure from Western countries over issues ranging from Xinjiang to civil rights in Hong Kong.

These were the details of the news Xinjiang firms seek damages from foreign researcher over forced labour reports: media for this day. We hope that we have succeeded by giving you the full details and information. To follow all our news, you can subscribe to the alerts system or to one of our different systems to provide you with all that is new.

NEXT Philippines to start clinical trials on ivermectin, other drugs for Covid-19