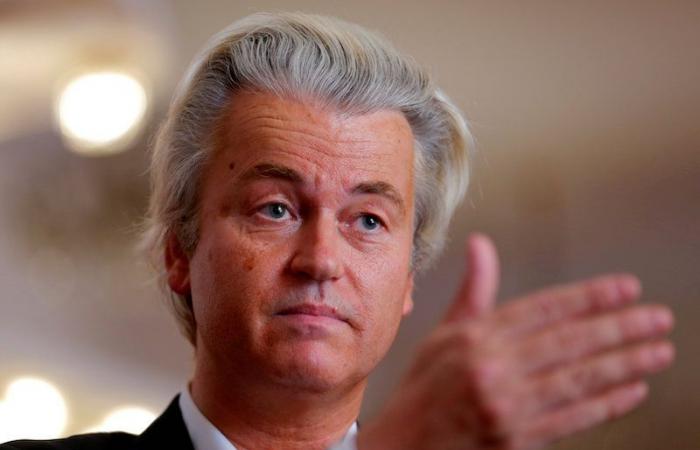 Hello and welcome to the details of No regrets, says Dutch anti-Islam leader Wilders and now with the details

THE HAGUE, March 9 — Dutch anti-Islam leader Geert Wilders has said he has no regrets and is ready to “step up” his campaigning against immigration, despite the coronavirus set to dominate next week’s general election.

Once dubbed the “Dutch Trump” for his bleached-blonde hair and incendiary rhetoric, Wilders has focused more during the election campaign on healthcare and opposing lockdown restrictions.

But while he hopes to improve on the 2017 showing that made his Freedom Party (PVV) the second largest in parliament, the 57-year-old admits that Prime Minister Rutte is on course to win.

“The current government is rather popular now — at least, the prime minister is — but then again, in time of crisis people tend to rally around the flag,” Wilders told AFP in an interview at the Dutch parliament.

“Other issues such as immigration are still important. For my voters, it’s still number one. But if you look at the average Dutchman, corona is the number one issue indeed.”

Despite that, Wilders said he saw no need to drop the anti-immigration and anti-Islam rhetoric that has defined his two-decade political career.

“The immigration of non-western immigrants is an existential problem,” said Wilders. “I believe we should even step up, to invest more in realising this policy (of opposing immigration).”

Rutte and other parties have vowed to exclude Wilders from any coalition, a move that the Freedom Party chief calls “very undemocratic”.

“The more people vote for my party, the more difficult it will be to exclude us,” said Wilders.

He was also unrepentant about past actions, including plans for a cartoon competition of the Prophet Muhammed in 2018 that he cancelled after receiving death threats.

He was also convicted of collectively insulting Moroccan people at a 2014 rally — though he was later cleared of discrimination.

Wilders lives in a safe-house and has been granted 24-hour protection by the Dutch state.

“I don’t regret fighting for freedom,” he said. “Of course I take a stand, I am under attack, my country is under attack.”

“I fight for every Muslim, I wish that they would choose for freedom and leave Islam.”

Unlike his populist rival Thierry Baudet of the Forum for Democracy, Wilders has however avoided embracing openly Covid-sceptic politics and conspiracy theories.

Baudet’s party surged in Senate elections in 2019 but imploded amid recent allegations of racism and anti-Semitism.

With the Netherlands still under a coronavirus curfew, Wilders urged Rutte to “open our nation far more than we are doing today”, but added that “I am criticising him but not out of a conspiracy type of theory.”

The situation is different from the last elections in 2017, when Europe watched anxiously as Wilders seemed set to ride the populist wave that brought Donald Trump to power and drove Britain to vote for Brexit.

“I acknowledge that Nexit, because of Brexit, has lost some popularity,” he said. “If we would have a referendum I would lose it, but I still think it’s unfortunately the only way.”

As for Trump, Wilders refused to back the tycoon’s claims to have won re-election.

“America is a democracy with a full democratic process, and I believe in the American institutions,” he said.

“So I believe it’s unfortunate, but I believe he did lose the election.” — AFP

These were the details of the news No regrets, says Dutch anti-Islam leader Wilders for this day. We hope that we have succeeded by giving you the full details and information. To follow all our news, you can subscribe to the alerts system or to one of our different systems to provide you with all that is new.