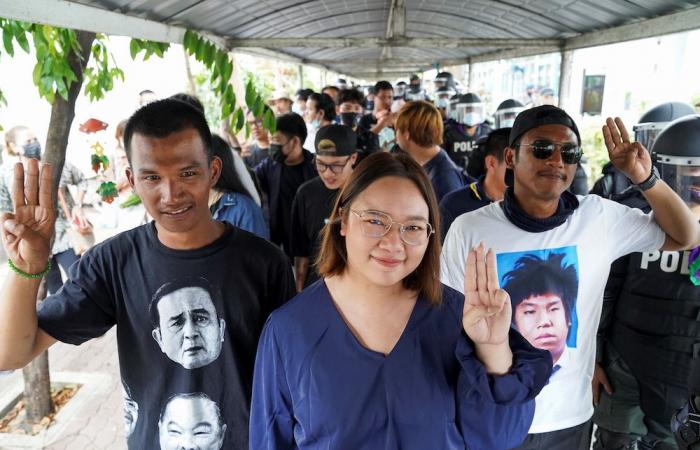 BANGKOK, March 8 —Three prominent Thai pro-democracy figures were denied bail in a Bangkok court today after being charged with insulting the monarchy, as the government escalates a legal row with a youth-led movement that emerged last year.

They were also charged with sedition alongside 15 other pro-democracy protesters, the spokesperson added.

All three are facing other royal defamation charges.

At the peak of the protests, tens of thousands massed in the streets of Bangkok demanding the resignation of Prime Minister Prayut Chan-O-Cha’s government and a new constitution.

The movement also broke long-held taboos calling for reforms to the monarchy in a country where the royal family is considered untouchable and has been treated with reverence for decades.

The monarchy is protected by the kingdom’s harsh lese majeste laws—referred to as “112” by its penal code section—which carry penalties of up to 15 years per charge if found guilty of insulting royal family members.

The activists marched to a Bangkok criminal court this morning flanked by scores of supporters carrying posters of other detained protest leaders and flags.

Jatupat posted on Facebook this afternoon that he, Panusaya and Panupong had been remanded in custody.

“Fight on everyone,” he wrote.

Riot police were deployed to the court compound, as dozens of protesters chanted for the release of the trio, but later dispersed.

Earlier Panusaya, who is facing eight other royal defamation charges, believes the pro-democracy movement will continue to exist although most of the leaders could be locked behind bars.

“No matter how many people are locked up, people outside will continue fighting, they do not need us,” she told reporters.

“I am not concerned at all that the movement will stop.”

In February, four other protest leaders were also indicted with lese majeste charges and have been repeatedly denied bail.

They included Parit Chiwarak, also known as Penguin, and human rights lawyer Anon Numpa—arguably the two most well-known faces of the movement.

Penguin is facing 17 charges of lese majeste for his role in the protests, while Anon has been charged 11 times so far.

The continued detention of the four sparked rallies in Bangkok last month including one where police used rubber bullets, tear gas and water cannon on protesters.

There are at least 57 other protesters facing royal defamation charges in Thailand, including three minors. — AFP

These were the details of the news Trio of Thai pro-democracy leaders denied bail for this day. We hope that we have succeeded by giving you the full details and information. To follow all our news, you can subscribe to the alerts system or to one of our different systems to provide you with all that is new.