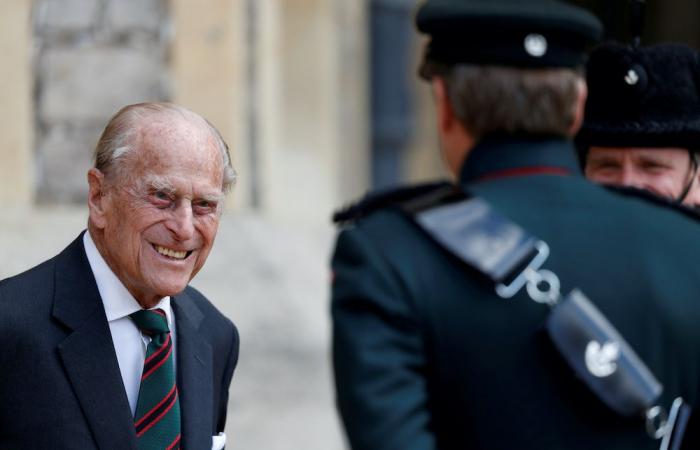 The Duke of Edinburgh, who turns 100 in June, was transferred from the state-run St Bartholomew’s Hospital to King Edward VII’s Hospital in central London.

“The duke is expected to remain in hospital for continuing treatment for a number of days,” royal officials said in a statement.

A yellow and green National Health Service (NHS) ambulance with tinted windows was seen driving away from Barts, as it is known, at about lunchtime on Friday.

Philip had been brought to the hospital near St Paul’s Cathedral in a similar vehicle, with police and royal protection officers blocking the views of waiting photographers and camera crews.

The development came nearly three weeks after the former naval officer was first admitted to King Edward VII’s on February 16 after he reported feeling unwell.

He was taken to Barts on Monday for tests for a pre-existing heart condition.

He had an unspecified procedure on Wednesday, widely believed to be linked to a stent he had fitted in 2011 for a coronary blockage.

His lengthy stay in hospital has raised fears for his health, given his advanced age, but palace officials have been quick to stress it was not related to Covid-19.

The duke and the queen, who is 94, both received their first dose of the coronavirus vaccine in January at their sprawling Windsor Castle home west of London where they have been isolating for nearly a year.

Prince Philip, who has been married to the queen for 73 years, is Britain’s longest-serving consort and has typically been in robust health throughout his long life.

But despite his latest medical scare, senior royals have been quick to reassure that he was on the mend.

Earlier this week, Camilla, Duchess of Cornwall, who is married to Philip’s eldest son, Prince Charles, said he was “slightly improving”.

But royal commentators have expressed concern about the effect of a tell-all interview by his grandson, Prince Harry, and his wife Meghan, due to be broadcast in the United States this weekend.

Harry, 36, and Meghan, 39, stepped down from royal duties last year, in part due to intrusive media coverage, and moved to North America.

Pre-broadcast clips of the interview with US chat show queen Oprah Winfrey have set off a storm of controversy in Britain, particularly Meghan’s claim that the royal family was peddling lies about them.

Meghan is also reportedly facing an internal palace investigation into claims that she bullied royal household staff during her time in Britain.

She has accused them of character assassination and pushing a “wholly false narrative”, with the row prompting calls for the interview to be rescheduled because of Prince Philip’s health. — AFP

These were the details of the news Queen’s husband Philip moved back to private hospital to recover for this day. We hope that we have succeeded by giving you the full details and information. To follow all our news, you can subscribe to the alerts system or to one of our different systems to provide you with all that is new.