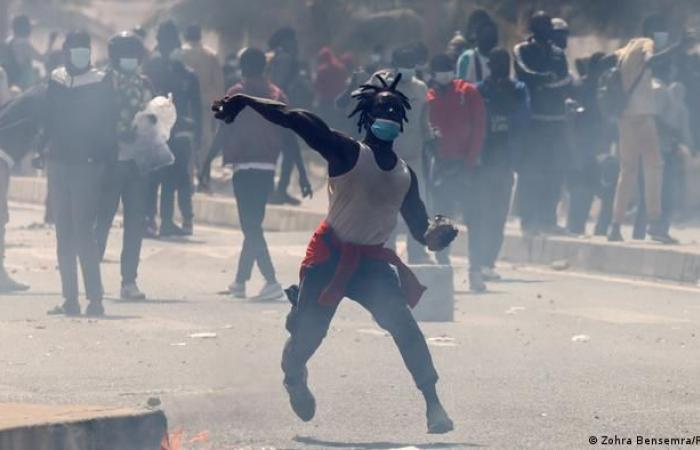 Mohamed Nass - Cairo - Following the unrest on Thursday, there are mixed reports of restricted internet access in Senegal.

The leader of the Pastef party was arrested on Wednesday for disturbing public order ahead of his court appearance on a rape charge in the West African country.

Reports of an internet blackout

Internet monitor NetBlocks said social media and messaging apps including Facebook, WhatsApp, and Youtube had been restricted early on Friday ahead of a planned demonstration by civil society and opposition parties led by protest movement “Y En A Marre” (Enough is Enough).

“It’s true that all of last night, beginning at 9 p.m. [local time, 21:00 UTC] my WhatsApp connection stopped working properly. But at the same time, I also did not experience any difficulties sending Emails,” DW correspondent Robert Ade reported from capital city Dakar.

He advised internet users to “only install trustworthy VPN apps” or to “use Tor” — otherwise known as the onion router, the free software helps users conceal their location while on the internet.

What happened during the unrest?

Hundreds of people followed Sonko’s motorcade on Wednesday, as he traveled to a court to deny rape charges filed against him last month by an employee at a salon where he received massages.

Supporters sounded horns and sang before clashes erupted, and Sonko was arrested before even reaching the court.

The death happened after clashes on Thursday in Bignona town in the southern Casamance region, the police official said. Four police were also injured in the fighting.

The police responded with tear gas and stun grenades, a reporter for news agency AFP reported from the scene.

Who is Ousmane Sonko?

He ran against President Macky Sall in the 2019 vote but finished third in a race that delivered the incumbent a second term.

Sonko is considered a key potential challenger to Sall in elections in three years.

Presidents in the former French colony are limited to two consecutive terms, but Sall launched a constitutional review in 2016, raising suspicions he intends to run again.

Sonko maintains the charge against him is politically motivated.

Sonko was scheduled to be transferred on Thursday evening to a Dakar courthouse where his case will be heard by a judge, but his lawyers said the hearing had been postponed to Friday.

The streets of Dakar were quiet early on Friday, despite the planned protests.

These were the details of the news Senegal restricts internet as protests escalate for this day. We hope that we have succeeded by giving you the full details and information. To follow all our news, you can subscribe to the alerts system or to one of our different systems to provide you with all that is new.