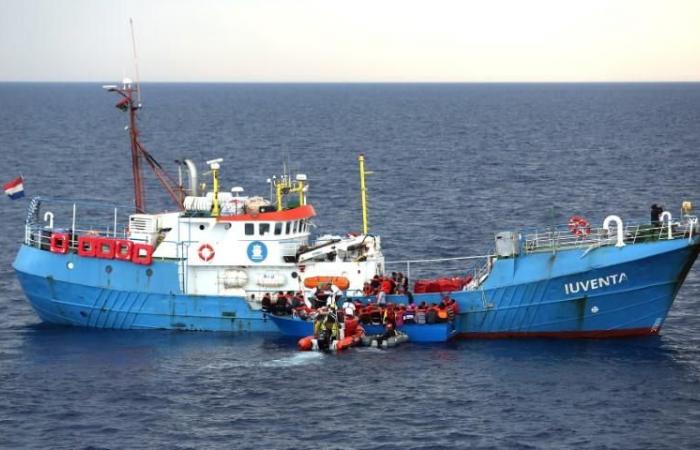 Prosecutors in Trapani said that they had completed an investigation centered on the Iuventa, a vessel operated by Jugend Rettet, a Berlin-based NGO that claims to have rescued thousands of people in the Mediterranean.

The judicial findings were not made public by the investigators, but the Iuventa’s crew said they have been charged and could face up to 20 years in jail.

After a three-year investigation, the magistrates say that they believe crew members on the Iuventa colluded with people smugglers in 2016 and 2017 to organize migrant transfers at sea.

Meanwhile, a judge in Catania, Sicily’s second-biggest city, ruled that four people, including employees of Doctors without Borders (MSF), should stand trial over accusations that they illegally dumped potentially hazardous waste at Italian ports after rescue missions.

The Catania case is centered on operations carried out by the Aquarius and Vos Prudence boats, run by the two NGOs. Magistrates allege that crew members illegally dumped tons of rubbish in city waste bins between 2017-18 after returning to port from various trips.

In a third case early this week, Sicilian prosecutors accused the Mediterranea NGO of receiving an illegal payment from the Maersk shipping company in return for picking up a group of migrants that one of its ships had saved off Libya last August.

All the NGOs deny any wrongdoing.

“Saving lives is never a crime. We will prove that all the operations of the Iuventa crew were absolutely lawful,” Jugend Rettet’s lawyer, Francesca Cancellaro, told Italian newsagency ANSA.

She added that the crew “complied with International law and the indications given by the Italian Coast Guard.”

MSF has denied all the charges. “This legal suit is only part of a broader effort by Italy to halt rescue operations, which is dangerously weakening the ability to rescue those who are in danger at sea,” a spokesman said.

Despite the legal challenges, the number of NGO boats putting to sea is rising.

The Sea Watch 3, operated by a German charity, was granted permission on Wednesday to bring 363 recently rescued migrants to Sicily.

Another of the NGO’s boats, Sea Watch 4, was given the go-ahead to leave port after it had been impounded for alleged irregularities.

Center-left parties in Italy say they stand with the NGOs.

“We know all the efforts NGOs’ people take every day to save lives, even risking their own,” Nicola Fratoianni, MP for Sinistra Italiana (Italian Left), told Arab News.

“This investigation will demonstrate the correctness of the people involved.”

Next week Italian Interior Minister Luciana Lamorgese is due to take part in a EU justice and home affairs ministers’ meeting that will focus on migrants.

These were the details of the news Italy to charge NGO workers with aiding illegal immigration from Libya for this day. We hope that we have succeeded by giving you the full details and information. To follow all our news, you can subscribe to the alerts system or to one of our different systems to provide you with all that is new.