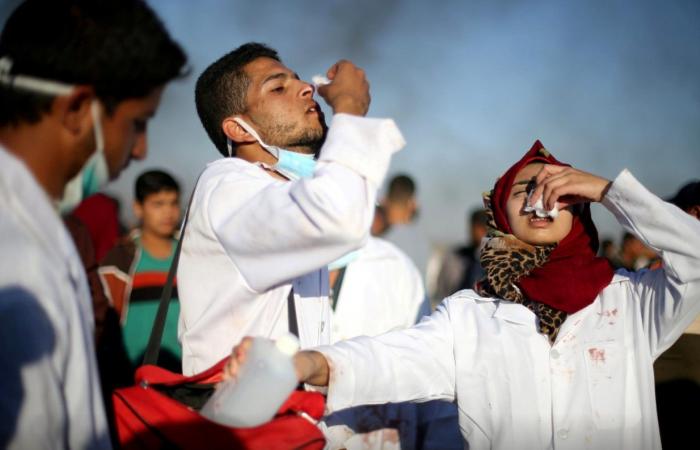 You are now following the details of the ICC prosecutor to probe war crimes in Palestinian Territories, angering Israel news and now we leave you with the details

Mohamed Nass - Cairo - THE HAGUE (Reuters) – The International Criminal Court prosecutor said on Wednesday her office will formally investigate war crimes in the Palestinian Territories, a move welcomed by the Palestinian Authority and denounced by Israel.

The decision follows a ruling by the court on February 5 that it has jurisdiction in the case, prompting swift rejections by Washington and Jerusalem.

“The decision to open an investigation followed a painstaking preliminary examination undertaken by my office that lasted close to five years,” Prosecutor Fatou Bensouda said in a statement.

Promising a “principled, non-partisan, approach”, she said: “In the end, our central concern must be for the victims of crimes, both Palestinian and Israeli, arising from the long cycle of violence and insecurity that has caused deep suffering and despair on all sides.”

Bensouda, who will be replaced by British prosecutor Karim Khan on June 16, said in December 2019 that war crimes had been or were being committed in the West Bank and Gaza Strip. She named both the Israel Defense Forces and armed Palestinian groups such as Hamas as possible perpetrators.

The next step will be to determine whether Israeli or Palestinian authorities have investigations themselves and to assess those efforts.

He accused the court of turning “a blind eye” to Iran, Syria and other countries that he said were committing “real” war crimes.

“Without any jurisdiction, it decided that our brave soldiers, who take every precaution to avoid civilian casualties against the worst terrorists in the world who deliberately target civilians, it’s our soldiers who are war criminals,” Netanyahu said in a statement.

Israeli Foreign Minister Gabi Ashkenazi said the decision was “morally bankrupt and legally flawed,” while Israel’s ambassador to the US, Gilad Erdan, vowed to “continue working together with the American administration against this shameful decision.”

The US State Department said Washington firmly opposes and is disappointed by the announcement, adding that the United States has serious concerns over the ICC’s attempts to exercise jurisdiction over Israel.

“We will continue to uphold our strong commitment to Israel and its security, including by opposing actions that seek to target Israel unfairly, the ICC … has no jurisdiction over this matter,” State Department spokesman Ned Price told reporters.

The prosecutor’s office was targeted by sanctions under then-US President Donald Trump. Washington opposes the ICC investigation in Afghanistan, which is also looking at the role of US forces, and the Palestinian Territories inquiry.

The Palestinian Authority’s foreign ministry welcomed the prosecutor’s investigation as “a long-awaited step that serves Palestine’s tireless pursuit of justice and accountability, which are indispensable pillars of the peace the Palestinian people seek and deserve”

It urged all states to “refrain from politicizing these independent proceedings.”

George Giacaman, a Palestinian political analyst and professor at Birzeit University in the occupied West Bank, said the ICC decision showed the Palestinian leadership’s strategy of appealing to global institutions had had some success.

While cautioning that the probe could take years, Giacaman said: “At best, one can say that in the future, the Israelis will be more careful with hitting Palestinian civilians. Perhaps the ICC will prove to be a deterrent.”

The Islamist militant group Hamas, which controls Gaza and is regarded as a terrorist organization by Israel, the United States and the European Union, defended its own actions in the conflict.

“We welcome the ICC decision to investigate Israeli occupation war crimes against our people. It is a step forward on the path of achieving justice,” said Hazem Qassem, a Hamas spokesman in Gaza.

Rights groups said the decision offered victims hope of justice. Balkees Jarrah, associate international justice director at Human Rights Watch, said ICC member countries should be ready to protect the court’s work from any political pressure. The ICC is a court of last resort established to prosecute war crimes, crimes against humanity and genocide when a country is unable or unwilling to do so.

The pro-Israel lobbying group AIPAC, the American Israel Public Affairs Committee, urged President Joe Biden to maintain the sanctions on ICC officials pursuing what it called “illegitimate, politically motivated investigations into the US and Israel.”

These were the details of the news ICC prosecutor to probe war crimes in Palestinian Territories, angering Israel for this day. We hope that we have succeeded by giving you the full details and information. To follow all our news, you can subscribe to the alerts system or to one of our different systems to provide you with all that is new.