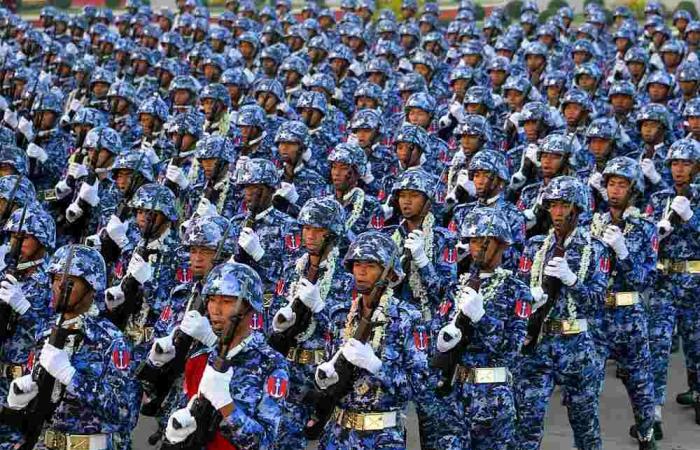 NEW DELHI, March 3 — India is taking a cautious approach in its response to the military coup in neighbouring Myanmar, worried about the future of ambitious projects worth about US$650 million (RM2.6 billion) and reluctant to openly denounce generals who could move closer to its rival China.

Two sources aware of the Indian government’s position said it is in favour of restoration of democracy in Myanmar and is holding private discussions with the Tatmadaw, or military, which staged the coup on Feb. 1.

Security forces have killed more than 30 people since the coup, which ousted the civilian government of Aung San Suu Kyi and triggered pro-democracy protests across the country.

The junta’s response to the protests, including the use of live ammunition and detentions, has drawn global condemnation.

But India, the region’s largest democracy, has been more measured in its public positions.

Both sources, who spoke on condition of anonymity, said New Delhi understands the limitations of its influence on the Tatmadaw, preferring not to chasten them openly.

“They are very clear that they want to impress on the Tatmadaw that what has happened is wrong,” one source said.

On Sunday, after Myanmar police fired on protesters and killed at least 18 people, the Indian embassy said in a tweet: “We would urge all to exercise restraint and resolve issues through dialogue in a peaceful manner.”

In earlier statements, India has called for the democratic process to be upheld.

“Restoring democratic order should be the priority of all stakeholders in Myanmar,” T.S. Tirumurti, India’s Permanent Representative to the United Nations said.

India could do more than that, a leader of the Chin refugees from Myanmar said at a protest in New Delhi on Wednesday where a few hundred gathered and burnt pictures of junta leader Senior General Min Aung Hlaing.

“We want the government of India to give more pressure on the army to stop killing the people and shooting the protesters, and to restore democracy,” said James Fanai, president of the Chin Refugee Committee.

India’s foreign ministry did not respond to questions from Reuters.

Officials in New Delhi have long been concerned about China’s growing political and economic influence in South Asia, and turning its back on the Myanmar junta could potentially allow China to gain further ground.

India has provided developmental assistance of more than US$1.75 billion to Myanmar and is currently involved in developing the nearly US$400 million Kaladan port and highway project in the west of the country.

It is also putting in around US$250 million for another road project to connect India’s landlocked northeastern states with Thailand, via Myanmar.

“The biggest worry is the destabilising impact of this coup on connectivity,” said one of the sources.

Myanmar’s military government itself appeared to highlight India’s development role, running a story on Tuesday in a state-run daily about senior Myanmar officials meeting in the capital Naypyidaw to discuss implementing projects funded by India.

India’s reticence in calling out the Tatmadaw is further underpinned by its reliance on Myanmar troops for securing its northeastern borders, where some insurgent groups are thought to have Chinese support.

The Indian military also trains a number of Myanmar soldiers at its facilities and New Delhi last year gifted the Tatmadaw with its first submarine.

Gautam Mukhopadhaya, a former Indian ambassador to Myanmar, said the Indian officials would also be thinking back to New Delhi’s backing of pro-democracy protests in Myanmar in 1988, which were suppressed by military, leaving India’s ties with a key neighbour in tatters.

“We went on a limb for the students and the pro-democracy agitation, and then the junta crushed it,” he said. “And then we needed the army to deal our own security issues.” — Reuters

These were the details of the news India treads gently on Myanmar despite escalating violence for this day. We hope that we have succeeded by giving you the full details and information. To follow all our news, you can subscribe to the alerts system or to one of our different systems to provide you with all that is new.