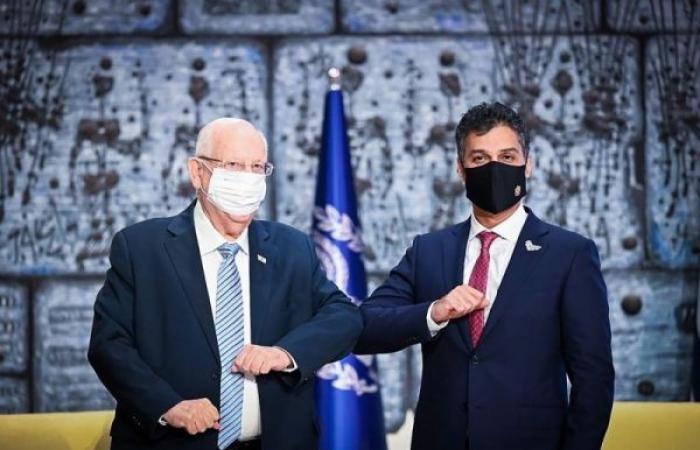 An official reception was held for the UAE ambassador, who listened to the UAE national anthem being played before handing over his credentials to the Israeli president.

President Rivlin said: "This is a special moment for me as President of Israel," noting that the UAE is a peace-advocating country that succeeded in turning the desert into a flourishing oasis that has become a hub for technology, creativity, and advanced sciences.

"We look forward to strengthening the relationship between both countries. Thanks to the courageous and wise leadership of the UAE, we have had the honor of seeing this wonderful day, with the UAE flag flying alongside the Israeli flag above the presidential residence in Jerusalem," he said.

"The Israelis are happy to welcome you warmly here," the president continued, noting that agreements are concluded between leaders but people forge real and sustainable peace.

Furthermore, he added, "There are many things we can do to push our peoples and the Middle East forward by promoting regional cooperation, mutual respect, and the consolidation of the values of peace."

"I look forward to seeing you succeed in building the bridge of peace between both countries and our peoples. Welcome!" the president concluded.

For his part, Ambassador Al Khaja said: "It is a pleasure to stand before you today, and I thank you for hosting us here. I am also pleased to convey to you the greetings of the UAE President Sheikh Khalifa bin Zayed Al Nahyan, Vice President and Prime Minister Sheikh Mohammed bin Rashid Al Maktoum and Abu Dhabi Crown Prince Sheikh Mohamed bin Zayed Al Nahyan and their wishes to you and your people for further progress and prosperity."

Al Khaja continued: "Please allow me to express our overwhelming happiness at our presence on this land in the presence of your excellencies, ladies and gentlemen."

"The UAE and the State of Israel share common ground, and we maintain a common vision for the future in which the values of tolerance and cooperation are needed now more than ever before. The historic Abraham Accords Peace Agreement, signed at the White House in September 2020, has opened a new chapter in relations between our two countries and promotes stability and security in our region," Al Khaja said.

He added: "Today, we are witnessing a new vision that will create a better path for the Middle East region. The Abraham Accords Peace Agreement is a historic achievement that will not only positively impact both countries, but also the entire region. Every option other than peace will mean destruction, poverty, and human suffering."

He underscored that this new vision, which is shaping a region full of youthful energy, is one that seeks to achieve a more stable, prosperous, and secure future. He expressed his satisfaction at the UAE’s role in this new vision for a region that is eager for stability and growth of human potential, and for a new civilized approach that opens wide the doors of opportunity to the benefit of advocates of peace and prosperity.

"The Abraham Accords Peace Agreement will remain a beacon in human history for all advocates of peace, as it has created a new reality. Both countries today share a goal of establishing peace and security in the region and instilling optimism and hope among our peoples. In this regard, both countries have begun to regard addressing challenges to regional and international security as a common goal, and I will work tirelessly to strengthen the political ties between our countries for the sake of our peoples and regional stability," Al Khaja said.

Moreover, he stated: "The Abraham Accords Peace Agreement opens up new prospects for job creation for the region's youth, as our two countries represent two of the most important and largest economies in the region to support growth and create new opportunities. Our two countries have already begun to cooperate in trade and in the technological field."

Al Khaja also noted: "The initiation of diplomatic relations between both countries has warmed ties between our peoples through tourism and cooperation in various sectors such as education and health, and I will exert all efforts to strengthen these ties and bridge any gaps between both cultures and peoples."

"In this difficult year when the world continues to combat the COVID-19 pandemic, the UAE has spared no effort in pursuing the legacy left by the late Sheikh Zayed bin Sultan Al Nahyan while standing by all friendly nations and helping them overcome the challenges they face, regardless of religion, culture, or race. This is a humanitarian duty and a firm principle," Al Khaja said.

He added: "The UAE and the State of Israel have collaborated on scientific research to combat COVID-19, and our two countries have become global leaders in vaccinating against COVID-19. We continue to learn from each other and share this knowledge with the world. This is what peace brings. Today, the United Arab Emirates and the State of Israel stand together in saving lives, containing the pandemic on the one hand, and safely opening our two countries' economies on the other hand."

Al Khaja concluded: "I would like to thank Your Excellency and all of you for hosting me as the first Emirati ambassador to the State of Israel, and I pledge to work to strengthen bilateral relations and move towards new horizons of cooperation for the benefit of our countries and peoples. I also hope that we will move forward in building a warm peace for the peoples of the region."

President Rivlin wished success to the UAE Ambassador in his mission, which contributes to the development and strengthening of bilateral relations between the UAE and the State of Israel in various fields, stressing his country's readiness to provide all possible support to facilitate his tasks.

These were the details of the news UAE ambassador presents credentials to Israeli president for this day. We hope that we have succeeded by giving you the full details and information. To follow all our news, you can subscribe to the alerts system or to one of our different systems to provide you with all that is new. 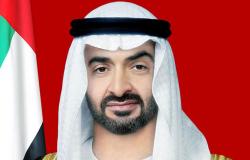 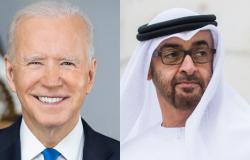 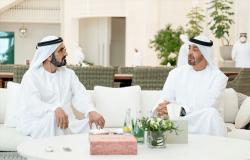