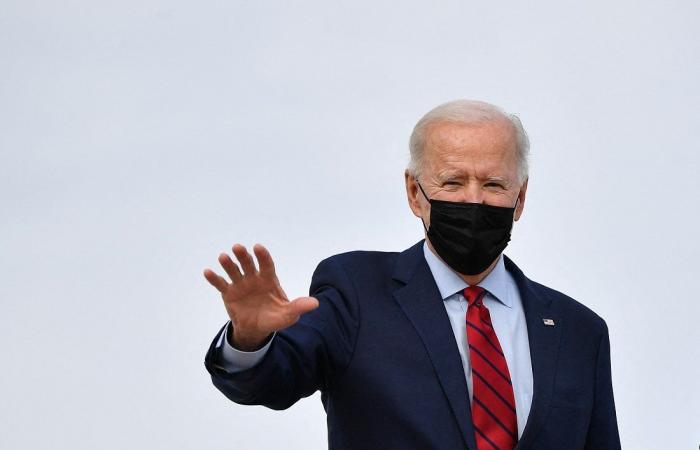 Thank you for reading the news about Biden Mideast policy gives Iran free reign to threaten regional security, says analyst and now with the details

Jeddah - Yasmine El Tohamy - DUBAI: United States President Joe Biden’s Middle East policy has given Iran “a clear message” that it could continue its attack on the region and threaten its security, a senior fellow at Hudson Institution told Arab News.

Michael Pregent says the message the Biden administration is sending to Iran is that “you can hit Israel, you can hit Saudi Arabia, you can hit the US mission in Iraq. We are going to do all we can to down play it.”

Pregent was referring to the recent attacks carried out by Iran.

On Monday, Prime Minister Benjamin Netanyahu blamed Iran for a blast aboard an Israeli-owned ship in the Gulf of Oman last week.

The MV Helios Ray, a vehicle-carrier ship, was hit overnight by a blast above the water line that a US official said ripped holes in both sides of its hull.

“This was indeed an operation by Iran. That is clear,” Netanyahu told Kan radio.

Pregent also stated that as soon as the Biden administration lifted the Iran-backed Houthis from the list of terrorist organizations, the militia attacked Saudi Arabia.

In response to these “aggressions and provocations” which Pregent says is out of the “Iranian playbook,” the US is showing that it is not going to stand in Iran’s way.

The new administration of President Joe Biden has said it is ready to talk to Iran about both nations resuming compliance with the 2015 nuclear deal, which scrapped broad economic sanctions against Iran in return for curbs intended to prevent it from acquiring nuclear weapons - something Iran says it does not want.

But the parties cannot agree who should make the first move. Iran says the United States must lift sanctions, while Washington says Tehran must return to compliance with the deal, which Iran has been progressively breaching since 2019.

Pregent says the 2015 Iran deal escalated Tehran’s “terrorist capabilities,” in the Middle East and in response Biden said it is going to stop selling “offensive capabilities to the Saudis or the Emiratis” and “down play militia attacks on the US mission in Iraq.”

In December last year, former President Donald Trump blamed Iran for a series of rocket attacks that targeted the US Embassy in Iraq and warned against further aggression.

“Our embassy in Baghdad got hit Sunday by several rockets. Three rockets failed to launch. Guess where they were from: IRAN,” Trump wrote on Twitter.

The Iraqi military blamed “an outlawed group” for the attack, which came weeks before the first anniversary of the assassination of Iranian general Qassem Soleimani in a US drone airstrike in Iraq.

Pregent says Trump’s order to assassinate Soleimani was a game changer as it restored “deterrence in US foreign policy,” while Biden, he says, has “restored a permissive environment for Iran.”

During the Barack Obama administration – During which Biden was vice president – Soleimani was told that the US could not strike the Islamic Revolutionary Guard Corps (IRCG) because the authorized use of military force did not allow it, according to Pregent.

“Trump changed all of that,” he said.

However, Pregent now states that Iran believes it has “allies in the United States.”

“If you are part of the IRGC it sounds to me like you can do whatever you want for the next four years,” he said.

“I can’t think of a greater offence than to be called an ally of the IRGC,” he added.

These were the details of the news Biden Mideast policy gives Iran free reign to threaten regional security, says analyst for this day. We hope that we have succeeded by giving you the full details and information. To follow all our news, you can subscribe to the alerts system or to one of our different systems to provide you with all that is new.