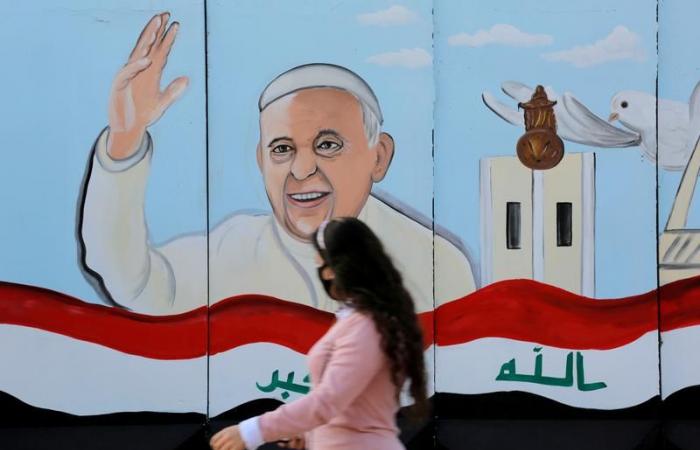 You are now following the details of the Factbox: Iraq’s Christian denominations news and now we leave you with the details

Mohamed Nass - Cairo - Iraq is overwhelmingly Muslim but hosts several ancient Christian communities, who now number an estimated 200,000 to 300,000 people from the 1.5 million who lived in the country before the US invasion that toppled Saddam Hussein in 2003.

There are 14 officially recognised Christian sects in Iraq. Most live in Baghdad, the northern Nineveh Plains province and Iraq’s self-run Kurdistan region.

These are the most prominent Christian denominations in Iraq:

Chaldeans are the most numerous of Iraq’s Christians, up to 80 percent of the group. The Chaldean Church is Eastern Rite affiliated with the Roman Catholic Church but allowed to keep its traditions and rituals.

It was founded in Mesopotamia, what is now modern-day Iraq, in the first century AD.

The church is based in Baghdad and headed by Cardinal Louis Raphael Sako. Most Chaldeans live in Iraq, Iran and Lebanon. They speak a version of Aramaic, a Semitic language spoken at the time of Jesus. There are 110 Chaldean churches across Iraq.

Syriacs make up about 10 percent of Iraqi Christians. They include Catholics, which are the majority, and Orthodox. The northern towns of Qaraqosh, Bashiqa and Bartella house the biggest Syriac community in the country.

Assyrians including Assyrian Catholics make up around five percent of Christians in Iraq. Most are originally from Iran and Turkey. Many of them fled to Iraq following the massacres by the Ottoman army during World War One.

Assyrians refer to the killing of their people in 1915 as a genocide, which took place around the same time as the massacre of Armenians. There are 21 Assyrian churches in Iraq, 17 of them in Baghdad.

About 3% Assof Iraqi Christians are Armenian. After the Armenian genocide in 1915-1923 by the Ottoman Empire, many of them fled to Iraq. They speak Armenian. There are 19 Armenian churches in Iraq, both Orthodox and Catholic.

Arab Christians make up about two percent of the Iraqi Christian population.

There are also three Greek Orthodox and four Coptic Orthodox churches in Baghdad and 57 Roman Catholic churches across the country, as well as a small number of Protestants.

Sources: Iraqi Christian Foundation/ Freedom of belief for minorities in Iraq, a book published by Saad Salloum, an academic specialized in Iraq minorities and founder of Institute for the Study of Religious Diversity/2019 US State Department Report on Iraq religious freedoms.

These were the details of the news Factbox: Iraq’s Christian denominations for this day. We hope that we have succeeded by giving you the full details and information. To follow all our news, you can subscribe to the alerts system or to one of our different systems to provide you with all that is new.