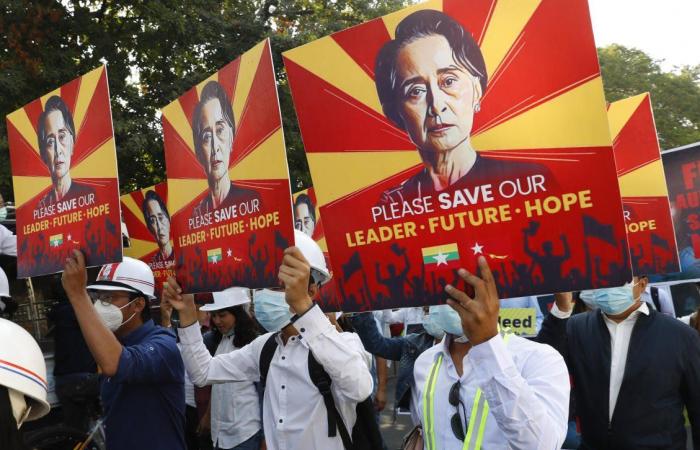 Jeddah - Yasmine El Tohamy - KABUL: The Taliban on Sunday demanded that the US complete its troop withdrawal process from Afghanistan by May 1, in line with a historic agreement signed between the two sides in Doha last year

The militant group warned that any move to replace the deal was “doomed to fail.”

“The Islamic Emirate (the name of the Taliban’s former government) is committed on its part to all contents of the agreement and views its implementation as the sole effective tool for resolving the Afghan issue and establishing peace, that shall be realized under the shade of an Islamic system,” it said in a statement.

The demands were issued on the anniversary of the controversial deal that followed almost a year and half of secret talks between the Taliban and US delegates. The insurgent group has said that its fighters had not attacked foreign troops and major Afghan cities since signing the agreement.

“The Islamic Emirate also calls on the other party to the agreement to honor its own commitments towards security and stability in Afghanistan by implementing all parts of the agreement,” the group said.

The Taliban further termed the Doha deal as a “historic accord,” and one that had “created a practical framework for bringing peace and security to Afghanistan.”

It added: “If any other pathway is pursued as a replacement, then it is already doomed to fail.”

In addition, NATO delivered a recent announcement saying that it would withdraw foreign troops from Afghanistan “when the time was right,” suggesting that the Taliban had not abided by the accord.

While the militant group pushed for the total departure of all foreign troops and overseas contractors by May 1, 2021, the Doha deal also served as a catalyst for the Taliban and President Ashraf Ghani’s government to begin intra-Afghan peace talks in Qatar by March 10 last year.

The talks finally began six months later, amid an intensification of violence that both Kabul and the Taliban have blamed on one another.

The crucial negotiations have faced several setbacks — the latest being a plan by Washington to review the deal.

Rahmatuallah Andar, a spokesman for the office of Ghani’s national security advisor, said that the Doha talks had failed to meet expectations.

“Afghans have not gained the expectations they had from Doha deal for peace and security. This agreement so far only has ensured the Taliban’s cease-fire with the US,” he told Arab News.

He added that the Taliban’s relationship with Afghans was “still confined to killing, terror and horror.”

Andar said: “So far, there is no hope for Afghans in this deal. Even the intra-Afghan talks have been stopped because of the Taliban. If seen from the perspective of Afghanistan, the time has been wasted in the hope of peace, while heavy material and heavy casualties have been inflicted on Afghans.”

Taliban representatives were unavailable for comment when contacted by Arab News on Sunday.

However, despite the government blaming the Taliban for a surge in violence and failing to pursue negotiations, Feraidoon Khawzoon, a spokesman for the government-appointed High Council of Peace, said that officials are “still hopeful for the peace process.”

He said: “A year on since the Doha deal, we are still hopeful that the opportunity created for peace is not wasted, and that the war ends in Afghanistan and talks are pursued earnestly, so that a political compromise acceptable to all is created.”

On the other hand, Afghan, US and NATO officials have warned that any resumption of serious intra-Afghan talks will require foreign troops to remain in the country until the Taliban end their violent attacks.

The UN said last week that 3,035 Afghan civilians had been killed in 2020 due to a surge in violence since the signing of the Doha deal a year ago — a 15 percent spike from the previous year.

“Since the Doha deal, more than 350,000 Afghans have been internally displaced by the violence,” Abdul Basit Ansari, an advisor for Afghanistan’s Ministry of Refugees and Repatriation, told Arab News.

Meanwhile, with the fate of the Doha deal in limbo, some fear an imminent escalation of violence in Afghanistan.

“The US may want to extend the presence of the troops, and the Taliban may oppose it altogether. This will mean fighting and a serious drop in the trust both sides have built in recent years, with so much difficulty,” Taj Mohammad, an Afghan analyst and former journalist, told Arab News.

Tameem Bahiss, an analyst and expert on Afghanistan and Pakistan, agreed, adding that while the US and Taliban have blamed each other for breaching the Doha deal, neither side has come forward to nullify the agreement.

“The Biden administration is ‘reviewing’ the Doha agreement. In the meantime, experts are calling for an extension to the May 1 deadline,” he said.

“It seems very unlikely that the Taliban will agree to an extension. If Biden unilaterally decides to stay past the deadline, this could propel the Taliban to walk away from the negotiation table and pursue power through violent means.”

These were the details of the news Myanmar’s Suu Kyu seen in court for first time since coup for this day. We hope that we have succeeded by giving you the full details and information. To follow all our news, you can subscribe to the alerts system or to one of our different systems to provide you with all that is new.