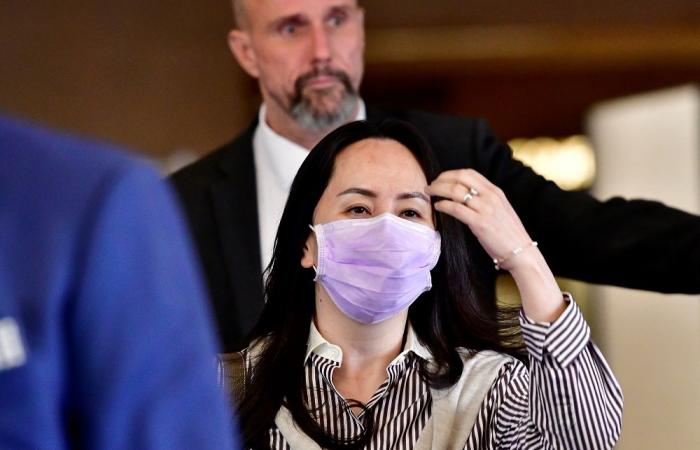 VANCOUVER, Mar 1 — The high-stakes battle by Chinese Huawei Technologies executive Meng Wanzhou against extradition to the United States enters its final stage in a Canadian court today, after more than two years of legal skirmishes and diplomatic barbs.

The daughter of Huawei founder and chief executive Ren Zhengfei faces charges in the United States of bank fraud and conspiracy over the commercial activities of a former Huawei subsidiary alleged to have violated US sanctions against Iran.

As the case enters its final months, Meng’s defence lawyers are set to assert that abuses by Canada and the United States have denied her the right to a fair process.

The case has roiled Canada’s diplomatic relations with China, its second largest trading partner behind the United States.

Meng is accused of having lied to the HSBC investment bank about Huawei’s relationship with subsidiary Skycom, putting the bank at risk of violating US sanctions against Iran. If convicted, she could face more than 30 years in a US prison.

Meng and Huawei both deny the charges. Huawei is the world’s largest telecommunications equipment manufacturer.

Ottawa has long maintained Kovrig and Spavor were “arbitrarily” jailed in retaliation for Meng’s arrest, while affirming the independence of Canada’s judicial system in dealing with the US extradition request.

Beijing, meanwhile, has called the charges against Meng “completely political,” and part of a plot to crush its top global technology firm. Washington last year banned US semiconductor chipmakers from selling to Huawei, which it accuses of stealing American trade secrets.

And when the Canadian parliament denounced China’s treatment of its ethnic Uighurs as genocide, Beijing angrily slammed it as a “malicious provocation.”

“The Canadian side’s attempt to pressure China by using ‘Megaphone Diplomacy’ or ganging up is totally futile and will only head towards a dead end,” China’s embassy in Canada said.

In the upcoming hearings in the Supreme Court of British Columbia, Meng’s lawyers are expected to argue that former US president Donald Trump “poisoned” the case when he said he might intervene in her prosecution in exchange for Chinese trade concessions.

Lawyers for Canada’s attorney general have urged the judge to dismiss the allegations, saying in court filings that the remarks were made by “a president no longer in office, about a possible intervention in this case that never occurred.”

Defence lawyers will then argue that Meng’s rights were violated during her Vancouver airport detention and interrogation; that the United States misled Canada when it requested her arrest; and that extraditing her would break international law because none of Huawei’s alleged crimes had any direct connection to the United States.

Over the past two years, Meng has suffered several legal setbacks.

A judge last month rejected her plea to relax her bail conditions, which include a curfew, the wearing of a monitoring anklet, and daytime supervision. Canada argued she might try to escape.

Meng remains under house arrest in her Vancouver mansion.

Her extradition trial is scheduled to wrap up in mid-May, barring any appeals. — AFP

These were the details of the news Huawei exec’s extradition fight enters final round in Canada for this day. We hope that we have succeeded by giving you the full details and information. To follow all our news, you can subscribe to the alerts system or to one of our different systems to provide you with all that is new.