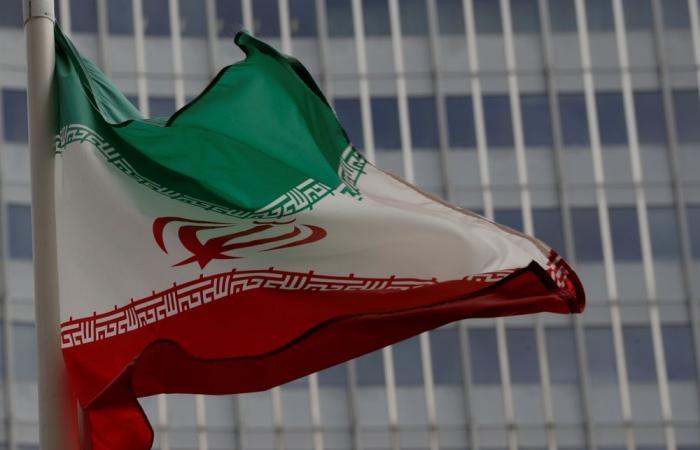 Hello and welcome to the details of Iran rules out nuclear deal meeting, says time not ‘suitable’ and now with the details

TEHRAN, Mar 1 — Iran yesterday dismissed Europe’s offer for an informal meeting involving the United States on the troubled 2015 nuclear deal, saying the time is not “suitable” as Washington has failed to lift sanctions.

The European Union’s political director earlier this month proposed the informal meeting involving all parties of the Vienna deal, a proposition accepted by US President Joe Biden’s administration.

Following Biden’s election, the US, the European parties to the deal — France, Germany and Britain — and Tehran have been trying to salvage the accord, which granted Iran international sanctions relief in return for restrictions on its nuclear programme.

The accord has been nearing collapse since former president Donald Trump unilaterally withdrew in 2018 and reimposed crippling sanctions as part of a “maximum pressure” campaign against Tehran.

“Considering the recent positions and actions of the United States and the three European countries, (Iran) does not consider the time suitable to hold the informal meeting proposed by the European coordinator,” foreign ministry spokesman Saeed Khatibzadeh said in a statement.

“There has still been no change in the US positions and behaviour yet,” he added, saying the Biden administration has continued “Trump’s failed policy of maximum pressure”.

Biden has signalled readiness to revive the deal, but insists Iran first return to all its nuclear commitments, most of which it suspended in response to the sanctions, while Tehran demands Washington take the first step by scrapping the sanctions.

“While we are disappointed at Iran’s response, we remain ready to reengage in meaningful diplomacy to achieve a mutual return to compliance,” a White House spokesperson said yesterday.

“We will be consulting with our P5+1 partners on the best way forward,” the spokesperson added, referring to the group of the five permanent members on the UN Security Council, plus Germany.

The foreign ministry statement comes ahead of a quarterly meeting today of the United Nations nuclear watchdog International Atomic Energy Agency (IAEA) board of governors, which is likely to discuss Iran’s recent restrictions of some nuclear inspections.

“Remember: Trump failed to meet because of his ill-advised ‘Max Failure’,” Khatibzadeh wrote on Twitter shortly after his statement.

Tehran’s position is unchanged “with sanctions in place... Censuring is NOT diplomacy. It doesn’t work with Iran”, he added.

The US “has not even announced its commitment to fulfilling its responsibilities” under the deal and the UN Security Council resolution that enshrined it, the spokesman said in the statement.

“America must end its illegal and unilateral sanctions and return to its (deal) commitments. This needs neither negotiations nor resolutions,” he added.

Iran “will answer action with action, and just as it will return to (deal) commitments in accordance with the lifting of sanctions, it will respond to hostile actions and behaviours in the same way”.

Khatibzadeh said Tehran would continue to consult with other parties to the nuclear agreement, and European Union Foreign Minister Josep Borrell “in his capacity as the (deal) coordinator, both bilaterally and multilaterally”.

Iran last Tuesday started to restrict some site inspections by the IAEA, in continuation of suspended nuclear commitments in response to the US failure to lift its sanctions.

London, Paris and Berlin said they “deeply regret” the move and that they were “united in underlining the dangerous nature of this decision”.

IAEA chief Rafael Grossi said last week an interim three-month deal agreed during a visit to Tehran was “far from an ideal situation”, but will allow the body to continue monitoring “all the key activities”.

It will facilitate “time for the indispensable diplomacy that will be deployed”, he added.

Under the temporary agreement, data on Iran’s nuclear programme “will be stored and not handed over to the IAEA,” according to Iran’s Foreign Minister Mohammad Javad Zarif.

The Iranian Atomic Energy Organisation has said that if US sanctions are still not lifted after three months, it will start erasing the recordings. — AFP

These were the details of the news Iran rules out nuclear deal meeting, says time not ‘suitable’ for this day. We hope that we have succeeded by giving you the full details and information. To follow all our news, you can subscribe to the alerts system or to one of our different systems to provide you with all that is new.