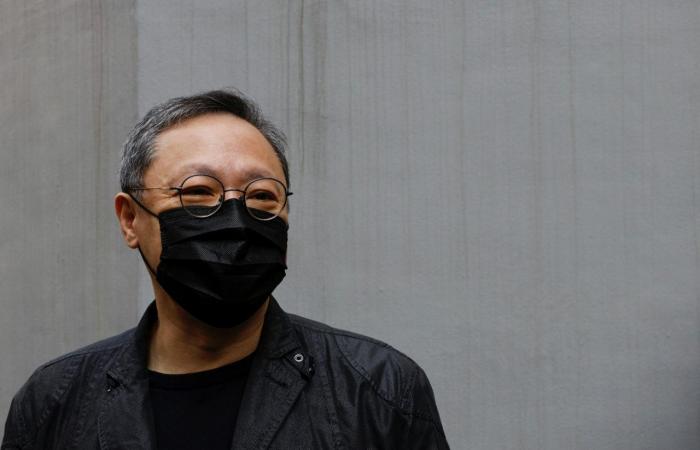 Mohamed Nass - Cairo - HONG KONG (Reuters) – Forty-seven Hong Kong democrats and activists were charged on Sunday with conspiracy to commit subversion, in the largest single crackdown on the democratic opposition under a China-imposed national security law.

Sam Cheung, a young activist and a participant in an unofficial primary election last summer, was charged after reporting to a local police station, dressed in a black mask and accompanied by his wife.

“Hong Kongers have a really tough time these days,” he told reporters before entering the station. “I hope everyone won’t give up on Hong Kong … (and) fight on.”

Cheung was arrested in a dawn raid along with more than 50 other democrats on Jan. 6 in the largest national security operation since the law’s passage last June.

They were accused of organising and participating in an unofficial “primary election” last July aimed at selecting the strongest candidates for a legislative council election.

The Hong Kong police said in a statement they had laid a charge against 47 persons with the single count. They will appear in court tomorrow morning, the statement added.

The democrats were detained at the time, questioned, and some had their mobile phones and computers confiscated, then released pending further investigations.

“My chance of bail won’t be too great,” wrote Benny Tai in an earlier social media post. He was also charged and accused by Chinese authorities of being a key tactician for the pro-democracy movement in the former British colony.

The democrats denounced the arrests as political persecution for the informal, peaceful poll that drew 600,000 votes in a city of 7.5 million.

A rights advocacy group, “Power for Democracy”, that co-organised the primary elections, said in a Facebook post it had disbanded.

The Hong Kong police say 99 individuals have been arrested for suspected violations of the security laws so far.

Some of these have been denied bail, including media mogul and prominent China critic Jimmy Lai, despite protracted legal appeals.

The sweeping national security laws – seen by critics as a threat to Hong Kong’s freedoms and autonomy – punish acts of subversion, secession, collusion with foreign forces and terrorism with possible life imprisonment.

These were the details of the news Dozens of leading Hong Kong democrats charged with subversion in major national security crackdown for this day. We hope that we have succeeded by giving you the full details and information. To follow all our news, you can subscribe to the alerts system or to one of our different systems to provide you with all that is new.