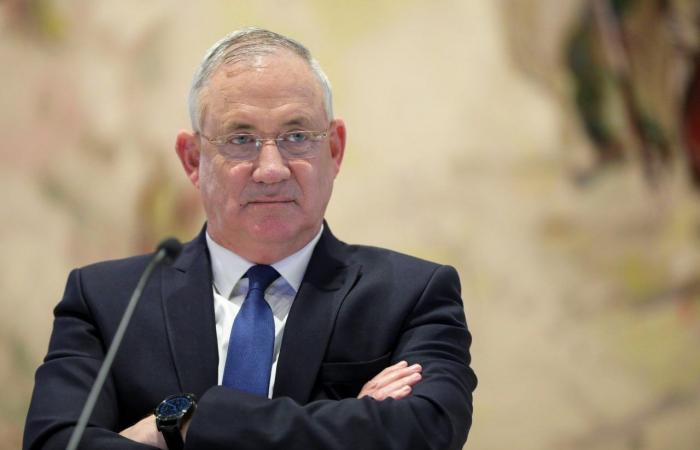 Mohamed Nass - Cairo - JERUSALEM (Reuters) – Israeli defence minister Benny Gantz said on Saturday his “initial assessment” was that Iran was responsible for an explosion on an Israeli-owned ship in the Gulf of Oman.

The ship, a vehicle-carrier named MV Helios Ray, suffered an explosion between Thursday and Friday morning. A U.S. defence official in Washington said the blast left holes above the waterline in both sides of the hull. The cause was not immediately clear and no casualties were reported.

“Iran is looking to hit Israeli infrastructure and Israeli citizens,” Gantz told the public broadcaster Kan. “The location of the ship in relative close proximity to Iran raises the notion, the assessment, that it is the Iranians.”

“Right now, at an initial assessment level, given the proximity and the context – that is my assessment,” Gantz said, adding a deeper investigation still had to be carried out.

The ship is owned by a Tel Aviv company called Ray Shipping through a company registered in the Isle of Man, according to a U.N. shipping database.

Israeli Channel 13 News said defence officials believed the Iranian navy had launched a precision strike to avoid casualties, firing two missiles at a part of the ship that if damaged would not have sunk the vessel.

It added an Israeli delegation was en route to Dubai, where the ship was docked, to investigate.

Reuters was not immediately able to confirm the report.

Kan named the owner as Rami Ungar and quoted him on Friday as saying: “The damage is two holes, diameter approximately 1.5 metres, but it is not yet clear to us if this was caused by missile fire or mines that were attached to the ship.”

Iran said in November it would make a “calculated” response to the killing of its top nuclear scientist, which it blamed on Israel.

Tensions have risen in the Gulf region since the United States reimposed sanctions on Iran in 2018 after then-president Donald Trump withdrew Washington from a 2015 nuclear deal between Iran and major powers.

Washington has blamed Iran for a number of attacks on shipping in strategic Gulf waters, notably on four vessels, including two Saudi oil tankers, in May 2019. Iran has denied carrying out those attacks.

Image: FILE PHOTO: Israeli Defense Minister Benny Gantz attends a cabinet meeting of the new government at the Chagall Hall in the Knesset, the Israeli Parliament in Jerusalem May 24, 2020. Abir Sultan/Pool via REUTERS

These were the details of the news Israel says initial assessment is Iran behind explosion on Israeli-owned ship for this day. We hope that we have succeeded by giving you the full details and information. To follow all our news, you can subscribe to the alerts system or to one of our different systems to provide you with all that is new.