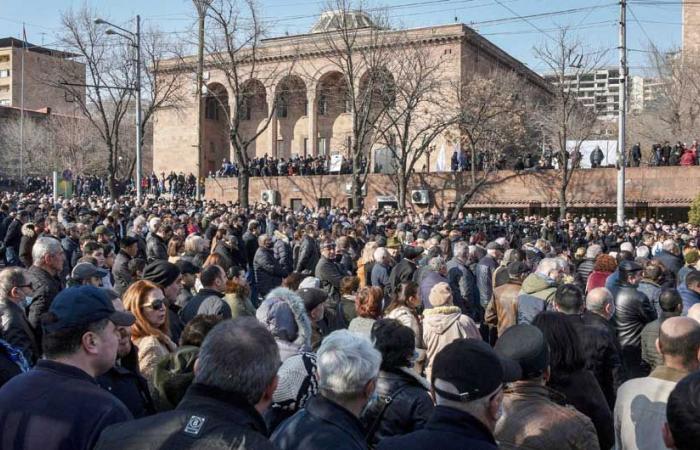 Jeddah - Yasmine El Tohamy - JAKARTA: The Indonesian government on Friday said it would allow private companies to run coronavirus vaccination programs for workers and families alongside a nationwide drive to expedite efforts in achieving herd immunity.

The country is aiming to inoculate 181.5 million people out of the total 270 million population by year-end.

“The companies will provide the vaccines for free for workers,” Siti Nadia Tarmizi, health ministry spokesperson for the vaccination program, said during a press conference.

Tarmizi added that the ministry’s revised regulation, which serves as the main reference for the vaccination program, was issued on Wednesday to include articles regulating the private sector’s involvement in the vaccination drive.

“The number of vaccines distributed in the private-run program will match the number that the companies requested, and the inoculations will be conducted at private healthcare facilities or the companies’ own facilities,” Tarmizi said.

Additionally, the vaccines used in the program will be different from the free CoronaVac, AstraZeneca, Novavax and Pfizer vaccines that the government has distributed since mid-January.

While initial population targets included health workers, senior citizens, frontline public workers, teachers and lecturers, athletes, journalists, and lawmakers, the general population or those in their productive age will receive their first vaccine jab in April.

The private scheme, which the Indonesian Chamber of Commerce (Kadin) proposed, will require companies to purchase the vaccine from Bio Farma, a state-owned vaccine manufacturer appointed as the sole importer for all jabs that Indonesia procures.

Bio Farma spokesperson Bambang Heriyanto said the company is in discussions with Moderna and Sinopharm to procure vaccines for the private scheme, which has been dubbed “Gotong Royong,” an Indonesian term for mutual cooperation.

“In accordance with its name, this is a mutual cooperation initiative. The government will provide a space for any members of society that will want to assist the government in the vaccination program,” Arya Sinulingga, a spokesperson for the State-Owned Enterprises Ministry, said on Friday.

He added that the private drive will run in parallel with the government’s program and will not alter the existing schedule or priority groups being targeted.

Kadin said that about 7,000 companies had already registered for the vaccination drive as of Saturday.

“The enthusiasm is really high to take part in this program because it is quite costly for the companies to swab test regularly. It is better for the companies to allocate the cost to vaccinate their workers,” Shinta Kamdani Widjaja, Kadin deputy chairwoman, said at a press conference earlier this week.

She dismissed concerns that the program will commercialize vaccines, saying the government would closely monitor the program to avoid any violations of terms and conditions.

“There are also companies that are willing to vaccinate not only their workers, but also their families. It would be difficult for the economy to recover if we don’t achieve the herd immunity target. The business community is ready to support the government in the vaccination drive and economic recovery program,” Widjaja said.

However, opponents of the scheme said the private vaccination drive will “only enable queue jumpers who don’t really need the vaccine compared with the more vulnerable groups, and disregard the principle of equity for all citizens in a vaccination program.”

Dicky Budiman, an Indonesian epidemiologist, said in an online discussion: “There is also no guarantee that we will achieve herd immunity by inoculating 181.5 million people. This could be misleading the public and making them have the wrong expectation.

“This is also prone to make the government, the companies, and the public relax its compliance to the health protocols, testing, tracing and treatment,” Budiman added.

He said that achieving herd immunity is a long-term goal and that the vaccination drive could not stand alone in battling the pandemic without a comprehensive public health approach.

Pandu Riono, an epidemiologist at the University of Indonesia, agreed and said that the private vaccination program focused mainly on economic recovery targets instead of controlling the pandemic.

“It is clear from the start that the government does not view the vaccine as one of the ways to handle the pandemic, but it has been more about economic recovery,” Riono said.

These were the details of the news Armenian President Sarkisian rejects army chief’s dismissal for this day. We hope that we have succeeded by giving you the full details and information. To follow all our news, you can subscribe to the alerts system or to one of our different systems to provide you with all that is new.