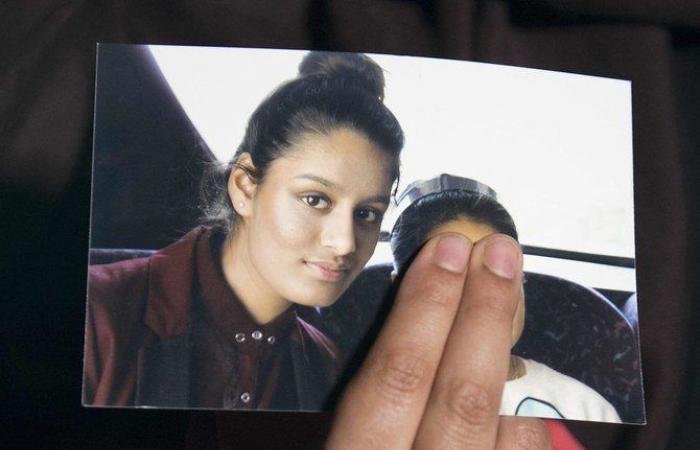 Jeddah - Yasmine El Tohamy - LONDON: The UK risks creating a “new Guantanamo” in Syria through the practice of revoking the citizenships of Daesh accomplices, the director of a human rights charity has warned.

Shamima Begum, a former “Daesh bride,” appealed against the stripping of her citizenship, but the UK’s Supreme Court ruled in the government’s favor on Friday.

The director of human rights charity Reprieve, Maya Foa, who was involved in Begum’s case, said the ruling has left the 21-year-old in a “legal limbo,” where she cannot return to the UK or mount a legal challenge remotely.

“The court has said she can appeal against the decision, but they do not say how it can be done. It leaves her in the hands of the British government, which is unwilling to assist,” Foa added.

“That is less of a policy and more of an abdication of responsibility — unless the policy is to create a new Guantanamo in Syria.”

Supporters of Begum claim that she regrets her decision to leave the UK to join Daesh, and is remorseful about her actions.

Critics of the government decision say Begum was a minor and a victim of trafficking, who was unable to leave Syria until she was detained in the wake of Daesh’s defeat.

About 24 adults and 35 children who left the UK to join Daesh are still detained in Syrian camps, where conditions are said to be dismal. Many have been stripped of their UK citizenship.

The ruling handed down by the Supreme Court on Friday means that Begum is forbidden from entering the UK to fight her case.

She left London aged 15 with two friends to join Daesh in Syria six years ago. Despite being born in the UK, her citizenship was stripped in 2019 by then-Home Secretary Sajid Javid after she was discovered living in a prison camp by a UK journalist.

But Javid said Begum was eligible for Bangladeshi citizenship, where her parents were born and had citizenship.

Intelligence agencies say about 900 Britons traveled to Syria or Iraq to join Daesh. About 20 percent of them were killed and 40 percent returned home.

These were the details of the news UK risks creating ‘new Guantanamo in Syria’ for this day. We hope that we have succeeded by giving you the full details and information. To follow all our news, you can subscribe to the alerts system or to one of our different systems to provide you with all that is new.