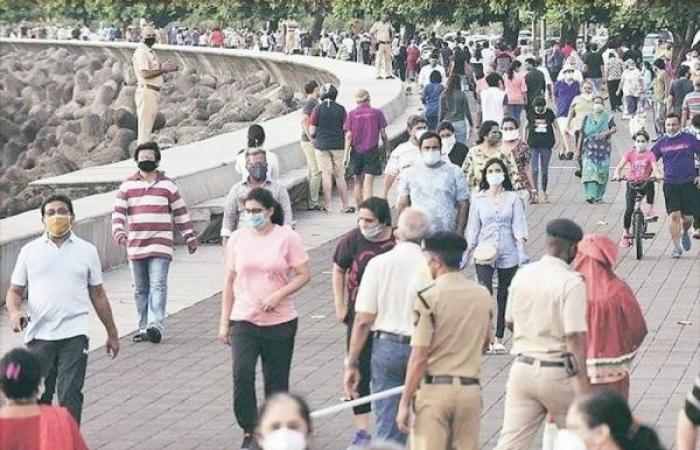 Coronavirus is continuing its spread across the world with over 100 million confirmed cases in 218 countries and more than 2.53 million deaths. The virus is surging in many regions and countries that had apparent success in suppressing initial outbreaks are also seeing infections rise again.

The CDC said preliminary data show that rates of COVID-19 associated hospitalizations continue to decline after peaking in early January. This decline is promising, but we should all do our part to slow the spread: Wear a mask. Stay 6 feet apart.

India and Brazil have the second and third highest case tallies, recording some 11 and 10.2 million cases respectively. Infections have been reported in more than 218 countries and territories since the first cases were identified in China in December 2019.

In Moscow, Russia reported 11,534 new coronavirus cases on Saturday, bringing the total number of confirmed infections to 4,234,729 after it crossed the 4 million mark. Russia's coronavirus crisis center said 439 coronavirus patients had died in the last 24 hours and the overall national coronavirus death toll was at 85,743.

They added 16,020 people recovered from the virus, raising the total number of recoveries to 3,799,406. The COVID-19 pandemic was confirmed to have spread to Russia on Jan. 31, 2020 when two Chinese citizens in Tyumen (Siberia) and Chita (Russia Far east) tested positive for the virus.

In Paris, the French Health Ministry reported 25,207 new coronavirus infections over the past 24 hours on Friday. France's cumulative total of cases now stands at 3,712,020. The COVID-19 death toll was up by 261 to 86,147. France announced its approval of the use of Moderna COVID-19 vaccine and to include it in its vaccine program.

In Brussels, total infections of coronavirus cases in Belgium on Saturday increased to 766,654 with 2,769 new infections reported by Belgian health authorities. They reported 28 more deaths from COVID-19 in the last 24 hours raising the total death toll to 22,034

It added 24 people have recovered from the virus and left hospitals in the past 24 hours to reach a total of 85,021. There are still 230 patients receiving treatment.

In New Delhi, India said on Saturday that 113 people died due to COVID-19 while 16,488 new cases of the coronavirus were registered in the past 24 hours. The Ministry of Health and Family Welfare said that fatalities due to COVID-19 rose to 156,938 as the total number of positive cases mounted to 11,709,979.

According to the ministry, 10,763,451 people recuperated from the pandemic as it spread to 35 states. India has the world's second-highest caseload, but daily infections have dipped steadily since hitting a peak in September.

In Latin America, Brazil has more than ten million confirmed cases and the world's second highest death toll (238,532). The country is currently seeing a second surge in infections. Brazil ranks third in terms of infection numbers globally, behind the United States and India. On fatalities, Brazil ranks second behind the US.

In Cairo, Egypt reported, during the past 24 hours, 601 new cases of the novel Coronavirus as well as 49 deaths due to COVID-19 complications. In a statement, the Egyptian Ministry of Health and Population stated that the total number of confirmed infections reached 181241, since COVID-19 breakout. Of which, 139,927 cases have been recovered. The ministry added that the death toll reached 10,590.

In Tunis, Tunisia’s Ministry of Health on Friday announced 31 deaths from the novel coronavirus and 666 more infections in 24 hours. The tally of confirmed deaths and infections rose to 7,942 and 231,964 respectively since the outbreak of the virus. — Agencies

These were the details of the news Global coronavirus caseload reaches 114 million for this day. We hope that we have succeeded by giving you the full details and information. To follow all our news, you can subscribe to the alerts system or to one of our different systems to provide you with all that is new.