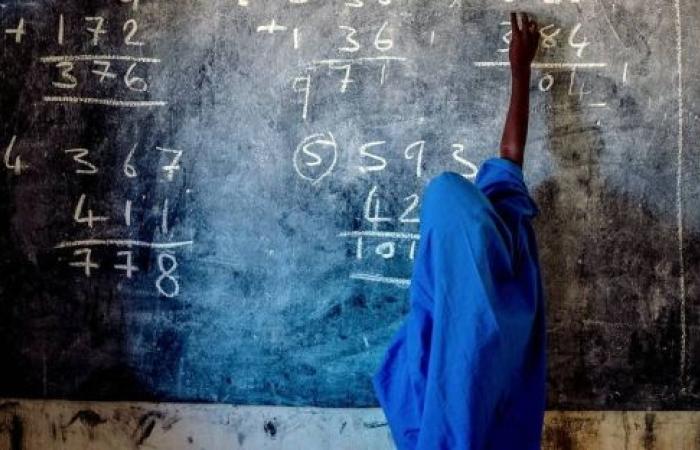 We show you our most important and recent visitors news details Condemnation over new attack on Nigeria school, ‘more than 300’ girls missing’ in the following article

Hind Al Soulia - Riyadh - GENEVA — An attack on a secondary school in northwest Nigeria on Friday in which several hundred girls are still missing, has been strongly condemned by the UN Secretary-General, and UN Children’s Fund, UNICEF.

The UNICEF representative in the country, Peter Hawkins, urged the assailants to let the teenagers go immediately, after the latest in a recent spate of outrages perpetrated against youngsters, this time in Zamfara state.

“We are angered and saddened by yet another brutal attack on schoolchildren in Nigeria,” Hawkins said. “This is a gross violation of children’s rights and a horrific experience for children to go through — one which could have long-lasting effects on their mental health and well-being.”

The Secretary-General António Guterres called for the "immediate and unconditional release of the abducted children and for their safe return to their families", in statement issued by his spokesperson.

"He reiterates that attacks on schools and other educational facilities constitute a grave violation of the rights of children and human rights more broadly," the statement said.

"He stresses that schools must remain safe spaces for children to learn without fear of violence" and urged the Nigerian authorities to "spare no efforts in bringing those responsible for this crime to justice."

Such incidents have become “a way of life” to many in Nigeria, Hawkins told UN News in an exclusive interview, recorded before Friday’s development.

Bandits hoping to make quick cash by forcing the families and authorities to pay ransom money their hostages, often target institutions just out of reach of state control and usually in rural areas, he explained.

It comes after dozens of boys and teachers were taken from a college housing borders, in central Nigeria’s Niger state last week; they have yet to be released.

According to reports, Friday’s incident attack happened in the middle of the night at the Government Girls Secondary School in Jangebe, Zamfara state.

“We utterly condemn the attack and call on those responsible to release the girls immediately and for the government to take steps to ensure their safe release and the safety of all other schoolchildren in Nigeria,” Hawkins said.

“Children should feel safe at home and at school at all times — and parents should not need to worry for the safety of their children when they send them off to school in the morning.”

After acknowledging the efforts of the government of Nigeria to secure the release of kidnapped schoolchildren in Nigeria, the UNICEF official urged the authorities “to make schools safe”.

Nearly seven years ago, Boko Haram — whose name is usually translated as “western education is forbidden" — took 276 girls from their school in Chibok in northeast Nigeria. Many of them remain missing.

Despite the dangers — and because of them — humanitarians believe that education should remain a priority for governments, who should also boost access to lessons for the most vulnerable.

“If you went to Maidiguri in 2015-2016, there was nothing happening, no schools”, he said. “If you go there now...there are traffic jams of KKs — the three-wheelers around the city transporting children...girls and boys. It’s a miraculous change that has taken place.”

Friday’s school attack comes just over a week after a similar attack in Niger state on a school for boys. UNICEF is working with partners to confirm the exact number of kidnapped students, currently estimated to be more than 300. — UN News

These were the details of the news Condemnation over new attack on Nigeria school, ‘more than 300’ girls missing’ for this day. We hope that we have succeeded by giving you the full details and information. To follow all our news, you can subscribe to the alerts system or to one of our different systems to provide you with all that is new.