What are the benefits and harms of lemon? 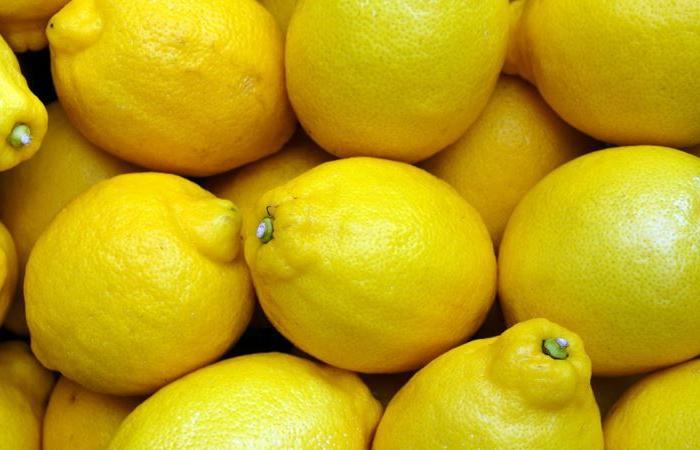 Although the exact origin of the lemon is not known, some herbalists think the lemon came from Northern India. Growing in Southern Europe, the Middle East and East Asia, lemon was transported to America by Christopher Columbus in 1493. Today attracts the head of the lemon production in California, Arizona, Italy, Spain, Greece, Turkey, Cyprus, Lebanon, South Africa and Australia are listed on the form.

Although lemon is available at all times of the year, it is summer when it is at its peak. Lemon which can be consumed in many different ways can be eaten by slicing, squeezed or made into lemonade, added as a garnish to foods, candied from the peel, or its juice and rind can be used in cooking.

Immunity: Rumsey says that vitamin C plays an important role for immunity, but also helps neutralize free radicals in our bodies. According to scientists from the Linus Pauling Institute of Oregon State University, vitamin C triggers the production of white blood cells and maintains the integrity of immune cells. Vitamin C also helps protect the leukocytes that produce antiviral agents.

Heart health: Folic acid is thought to prevent brain hemorrhage, while also helping cardiovascular health by lowering homocysteine ​​levels. In a 2010 meta-analysis published in The European Journal of Internal Medicine, it was stated that the results of clinical studies examining folic acid and heart attack were not conclusive, but that folic acid consumption provided little benefit in reducing the risk of cerebral hemorrhage.

Rumsey points out that vitamin C also reduces the risk of cardiovascular disease. In a 2015 study published in The American Journal of Clinical Nutrition, more than 100,000 participants were examined, and those who consumed the most vegetables and fruits had a 15 percent lower risk of developing heart disease. Those at the lowest risk were participants with high levels of vitamin C in their blood.

Scientists say that vitamin C is beneficial for heart health because of antioxidants that protect against free radicals. Vitamin C also works to lower bad cholesterol and keep arteries flexible, according to the University of Maryland Medical Center.

Rumsey states that there are research results showing that lemon also lowers cholesterol. In a 2007 study published in the journal Alternative Therapies in Health and Medicine, male and female participants with high cholesterol were given limonine and vitamin E every day for one month, and a 20-30 percent reduction in cholesterol was observed at the end of a month. Researchers think that limonin lowers levels of apolipoprotein B, which is known to raise cholesterol levels.

Kidney stone: These two nutrients are extremely beneficial for people who drop kidney stones, as there is much more citric acid in yellow and green lemons (lime or lime) than any other fruit. According to the University of Wisconsin Health, citric acid prevents stone formation and also breaks down small stones that form. The more citric acid you have in your urine, the more protected you are from kidney stone formation. If you drink half a cup of lemon juice a day, you get as much citric acid as you would in a pharmacological treatment.

Cancer: A 2011 study published in the Asian Pacific Journal of Cancer Prevention found that the cells died when lemon extract was applied to breast cancer cells. Although the application of lemon extract was done in a laboratory environment, the results obtained show that lemon is effective against cancer.

Rumsey notes that there have been many studies examining the role folic acid plays in reducing the risk of cancer. A 2007 study published in the American Journal of Clinical Nutrition stated that folic acid’s ability to reduce cancer risk may be linked to its role in the production of substances that suppress cancer DNA. However, research also found that in some cases, high folic acid levels trigger the growth of cancer cells. The authors state that folic acid can provide protection if applied at the beginning of the carcinogenesis phase and at low levels, and that it may lead to progress in carcinogenesis if given in the later stages and at high doses.

Limonines are also thought to reduce the risk of cancer. A 2012 article published in the Journal of Nurtigenetics and Nutrigenomics examined the role of limonins in breast cancer, and it was found that they may benefit chemotherapy.

Lemon, lemon peel and weight loss: Because of its low calories and flavoring of food and beverages, lemon, lemon juice and peel are extremely common among dieters. In addition, lemon peel contains many nutrients. You can grate the peel and add it to your salads, chicken or fish dishes. Lemon can also be added to fruit and vegetable purees and soups. But Rumsey also points out that lemon is mistaken for being seen as a miraculous food for detoxing or losing weight.

Losses: Although there is no harm in general, if you consume excessive lemon, you may experience problems such as reflux or heartburn. In addition, according to The World’s Healthiest Foods, it is beneficial to drink lemon juice with a straw, as citric acid can erode your tooth enamel.

These were the details of the news What are the benefits and harms of lemon? for this day. We hope that we have succeeded by giving you the full details and information. To follow all our news, you can subscribe to the alerts system or to one of our different systems to provide you with all that is new.

PREV Italy scraps Covid-19 quarantine for EU, Britain and Israel
NEXT Diplomats, donors concerned about sex abuse reports at WHO