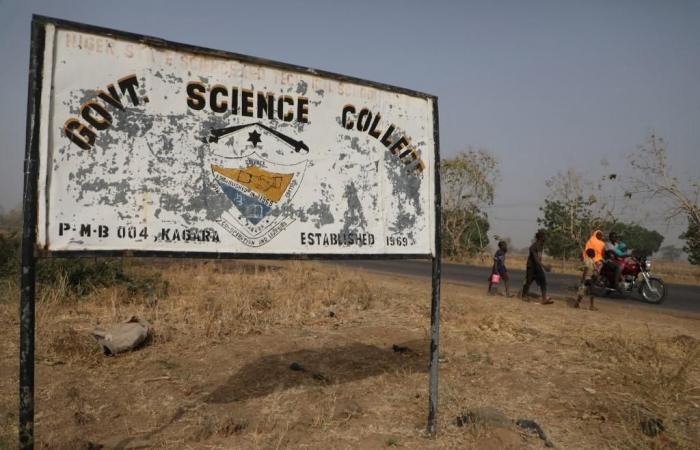 Thank you for reading the news about Kidnappers abduct schoolchildren in northwest Nigeria: State governor spokesman and now with the details

Jeddah - Yasmine El Tohamy - ABUJA: Kidnappers have abducted schoolchildren in northwest Nigeria’s Zamfara state, the state governor’s spokesman said on Friday, the second such kidnapping in little over a week.

It was not clear how many children had been seized.

Zailani Bappa, a spokesman for Zamfara’s state governor, said he saw reports of the attack on social media and checked with a police official who told him there had been abductions at a school in the state. He was unable to provide further details.

A police spokesman for the state did not respond to calls and messages seeking comment.

A surge in armed militancy in the northwest has led to a breakdown of security in the north of Africa’s most populous country.

Last week, unidentified gunmen killed a student in an overnight attack on a boarding school in the north-central state of Niger and kidnapped 42 people, including 27 students. The hostages are yet to be released.

Hundreds of people have been killed in northern Nigeria by criminal gangs carrying out robberies and kidnappings. The country is also struggling to contain Islamist insurgencies in the northeast and communal violence over grazing rights in central states.

These were the details of the news Kidnappers abduct schoolchildren in northwest Nigeria: State governor spokesman for this day. We hope that we have succeeded by giving you the full details and information. To follow all our news, you can subscribe to the alerts system or to one of our different systems to provide you with all that is new.