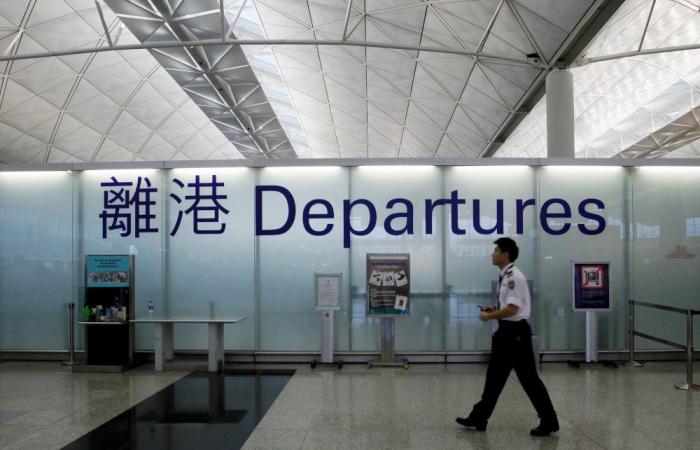 In the past, China-focused rights groups had valued the wide-ranging autonomy, including freedom of speech and assembly, guaranteed for Hong Kong when control over the former British colony was returned to Beijing in 1997.

But some non-government organisations (NGOs) say the new legislation means they face a choice of either having to leave Hong Kong or work with the same kind of fears and constraints they would encounter in mainland China.

The New School for Democracy moved to Taiwan in September, two months after Beijing imposed the contentious security law on its freest city. Founded by Wang Dan, an exiled student leader of the crushed 1989 Tiananmen Square protests, the group focuses on bringing together activists from mainland China, Taiwan and Hong Kong in order to promote democracy in Chinese society.

“Our organisation often criticises the Chinese government, and we participate in Hong Kong’s democracy fight,” Xing Zhong, the group’s secretary-general, told Reuters. “We were quite concerned about the safety of our staff.”

Another reason the NGO has moved, according to a source with direct knowledge, is that the NGO receives sizeable funding from the National Endowment for Democracy (NED), a Washington-based group that pro-Beijing newspapers Wen Wei Po and Ta Kung Pao often label as a subversive agency.

Wang declined to say whether his group received funding from NED, but said the authorities could now bar groups like his from having access to funds.

“Bank accounts opened by NGOs in Hong Kong banks are in danger of being frozen at any moment,” Wang said, noting that authorities in Hong Kong had blocked the accounts of leading pro-democracy activists.

“That is why I believe that Hong Kong today is no longer suitable for the existence and activities of NGOs.”

The Hong Kong government and Beijing’s representative office in the city did not respond to a request for comment.

Under the broadly-defined security legislation, crimes such as subversion, secession, collusion with foreign forces and terrorism can be punished with up to life in jail.

Since the law was implemented in June, scores of pro-democracy activists have been arrested, legislators disqualified and books removed from library shelves as part of a sweeping crackdown on dissent.

Concerns over funding for NGOs have also intensified.

Global Innovation Hub, a unit of the Friedrich Naumann Foundation, a German think-tank that was expelled from China in 1997, also moved to Taiwan in September, citing safety concerns for staff.

The group, which promotes liberal democratic values without being specifically focused on China, has close ties to Germany’s Free Democratic Party, and feared that it could have been considered a “foreign agent” under the new security law.

Anna Marti, the head of Global Innovation Hub, told Reuters that Taiwan was now the best place in the region for the group to work on topics such as the digitalisation of democracy.

Marti said the national security law had weakened a confidentiality “firewall” that had previously protected staff.

Some groups have switched to more secure forms of communication such as encrypted messaging platforms like ProtonMail and Signal, while also enhancing their cyber security protocols, according to NGO staffers.

Article 54 of the law authorises the national security bureau in Hong Kong “to strengthen the management of and services” of NGOs, a vague clause that critics say mirrors legislation introduced by Beijing in 2017 to give authorities more power to regulate the activities of foreign NGOs in the mainland.

“That’s worrying,” commented an independent human rights researcher who declined to be named, saying it could “effectively silence many NGOs” fearful of criticising the government.

Roseann Rife, Amnesty International’s Deputy Director for Operations said the group had no intention of leaving Hong Kong, while noting the extra risk stemming from the new legislation.

“The national security law defines its offences very imprecisely,” Rife said. “And it is therefore difficult to have legal certainty about how one might be violating it.” — Reuters

These were the details of the news Two rights groups quit Hong Kong as security law sends shudders through NGOs for this day. We hope that we have succeeded by giving you the full details and information. To follow all our news, you can subscribe to the alerts system or to one of our different systems to provide you with all that is new.