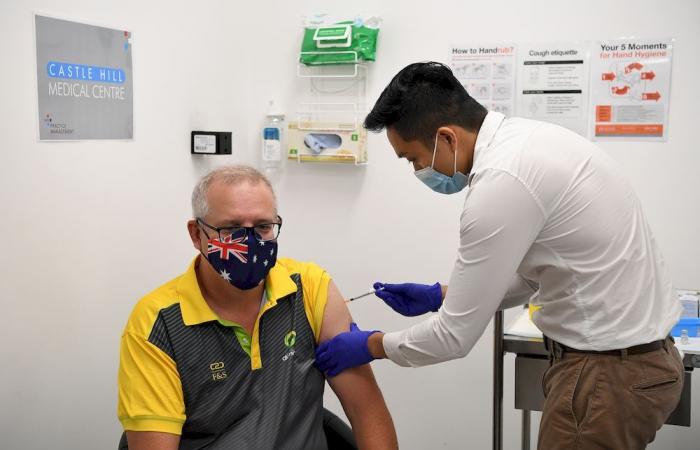 Hello and welcome to the details of Shot in the arm: Australian PM's 'defining' week ends in bruising manner and now with the details

CANBERRA, Feb 26 ― It was supposed to be a milestone week for Australian Prime Minister Scott Morrison that began with the nation's first Covid-19 vaccinations and ended in the country becoming the first to force Silicon Valley giants to pay for news content.

But while Morrison secured two significant victories, he ends the week under intense pressure for his government's handling of a rape allegation and with his working parliamentary majority evaporating.

“It was a big week. He set expectations high and now they have to manage these lows,” John Hewson, a former leader of Morrison's ruling Liberal party, told Reuters.

“Morrison will be worried. His personal standing may still be high, but I can't see how he holds the government together. I think he will call an early election,” he added.

Morrison has publicly said he plans to hold an election in 2022 but polls have in recent weeks tightened.

A Newspoll conducted for The Australian newspaper earlier this month showed the Liberal party in a dead heat with the opposition Labor party.

The government had enjoyed a strong lead throughout 2020 as Morrison won plaudits for Australia's Covid-19 success that has seen the nation record fewer than 29,000 infections ― much lower than many other countries.

Morrison's government also claimed victory in a heated battle with Alphabet's Google and Facebook, passing a law this week that requires the tech firms to pay local news outlets for their content.

But with Covid-19 anxiety now easing, Morrison's support has ebbed slightly. It now faces significant pressure from an allegation by a former Liberal party worker that she was raped in parliament house.

Brittany Higgins, who went public with the allegation that she was raped by a Liberal party colleague, this week sought a police investigation.

Higgins said she told now Defence Minister Linda Reynolds of the alleged attack, but that she had previously decided not to pursue a police complaint in the immediate aftermath for fear of losing her job.

Reynolds denies pressing Higgins not to pursue a police complaint.

The allegation has fuelled pressure on Morrison to explain why several members of his cabinet were told of the allegation, but he remained unaware until Higgins went public two weeks ago.

“Research shows the woman take these issues very seriously. It may damage the government's standing with them,” said Rodney Smith, professor of politics at the University of Sydney.

Adding yet more pressure, Morrison's legislative agenda is also under threat after a Liberal party backbencher quit this week.

These were the details of the news Shot in the arm: Australian PM's 'defining' week ends in bruising manner for this day. We hope that we have succeeded by giving you the full details and information. To follow all our news, you can subscribe to the alerts system or to one of our different systems to provide you with all that is new.