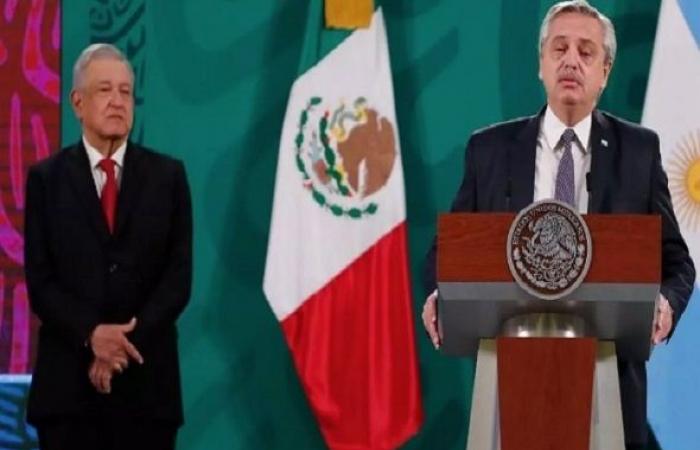 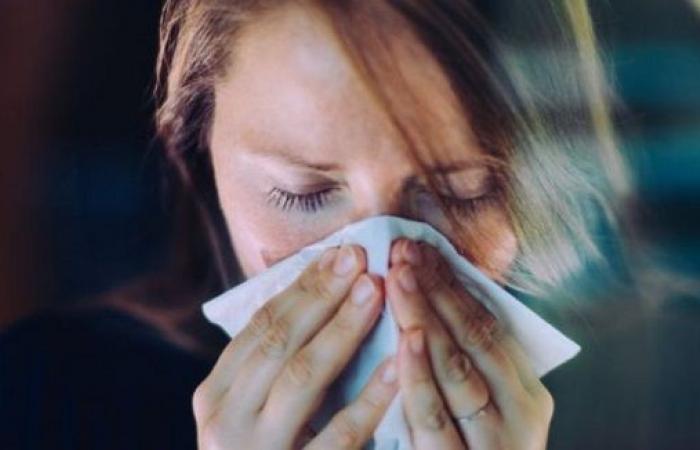 López Obrador and Fernández cited the alliance they formed to jointly produce and package the Oxford-AstraZeneca vaccine as an example of their strategy.

The presidents of Argentina, Alberto Fernández, and Mexico, Andrés Manuel López Obrador, again criticized the hoarding of vaccines by developed countries, called for a G20 statement and the transfer of rights so that all countries can produce them freely.

Fernández revealed that he has been working with French President Emmanuel Macron for a long time to raise the need for the G20 the vaccine is declared a global asset, which would allow the transfer of intellectual rights.

«The purpose is the same as that proposed by President López Obrador, it is an idea that we proposed and that Pope Francis has also proposed: the idea of ​​justice and equity in the distribution of vaccines, that Mexico accompany us to France and Argentina in the G20 “, assured Fernández.

He also warned that Mexico and Argentina have to be able to draw an axis that unites Latin America. “We started with this thankless experience, that of producing the vaccine that Latin Americans need to end this horrible pandemic,” he explained.

For this reason, he added, his government wants to accompany the management that Mexico has already carried out before the United Nations in favor of the universalization of vaccines and its complaints about the way in which it has been monopolized in some countries to the detriment of others.

López Obrador and Fernández cited as an example of their strategy the alliance they formed to jointly produce and package the Oxford-AstraZeneca vaccine and then distribute it in the rest of Latin America. That is, thinking about the entire region, not just themselves, like the ten countries that have hoarded the vaccine.

“Alberto was able to verify yesterday how these vaccines are being packaged,” said the Mexican president, referring to the tour that the Argentine made through the Liomont laboratory, located in the State of Mexico, and from where 200 million doses will begin to be ready in April .

“Once all the process to verify the quality of the vaccine is completed, which we know in advance is a very good vaccine, we will have millions of doses for Latin America, and this was achieved by the president of Argentina” , he acknowledged.

527 study participants lost their taste during their COVID-19 infection, and 200 of them (38%) did not regain this sense within 5 months of infection. Photo: AS.

A study conducted in Canada, with the participation of 813 health workers, showed that people infected with COVID-19 may lose their sense of smell and taste for up to 5 months after becoming infected.

Each research participant was required to complete an online questionnaire and take a test at home to assess their senses on a scale of 0 to 10, where 0 meant that the person had no sense at all. The study was conducted approximately 5 months after the determination of the diagnosis.

“While COVID-19 is a new disease, previous research shows that most people lose their sense of smell or taste in the early stages of the disease,” said Johannes Frasnelli, a physician at the University of Quebec and author. of the study. “We wanted to go further and look at how long this loss of smell and taste persists and how serious it is for people with covid-19,” he added.

Regarding smell, 580 patients lost this sense after their infection and 297 of them (51%) did not have it 5 months after infection. In general, they evaluated their smell at 7, while before infection they scored it at 9.

At the same time, 527 study participants lost their taste for covid-19 and 200 of them (38%) did not regain this sense within 5 months of infection. They estimated this sense in 8, but before contagion they evaluated it in 9.

“Our results show that an impaired sense of smell and taste can persist in several people with COVID-19,” said Frasnelli.

(With information from Russia Today)

These were the details of the news Presidents of Mexico and Argentina want the G20 to declare vaccines... for this day. We hope that we have succeeded by giving you the full details and information. To follow all our news, you can subscribe to the alerts system or to one of our different systems to provide you with all that is new.