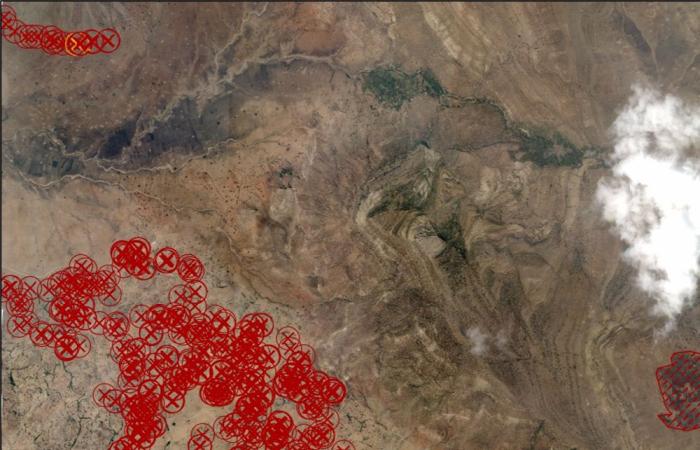 Hello and welcome to the details of Hundreds of buildings burned around Tigray town, research group says and now with the details

NAIROBI, Feb 25 — Fires that appear to have been deliberately set destroyed more than 500 structures this week in and around Ethiopia’s Gijet town, an analysis of satellite imagery shared with Reuters has found, adding credence to reports of continued conflict in parts of the northern region of Tigray.

Prime Minister Abiy Ahmed declared victory over a rebellious regional force, the Tigray People’s Liberation Front (TPLF), at the end of November after its fighters withdrew from the region’s main cities and towns. But sporadic fighting continues in some parts of Tigray, according to residents and United Nations assessments.

The government has acknowledged isolated incidents of shooting but has said that most fighting has stopped in Tigray.

Mulu Nega, head of Tigray’s government-appointed interim administration, told Reuters he had sent a team to the Gijet area to investigate.

“According to preliminary information I have received in Gijet there was fighting between Ethiopian federal forces and local militias,” he said later.

The DX Open Network, a security research organization based in Britain, analysed images collected by private satellite operator Planet Labs on Sunday and Tuesday around Gijet and three nearby settlements, which are about 35 km (22 miles) southwest of the Tigray regional capital Mekelle.

They showed at least 508 structures that appeared to have been destroyed by fire over that period, the network said, citing the blackening of earth and vegetation, ash circles indicative of roof collapse, and debris from collapsed walls and ceilings.

A fire detection service run by the US National Aeronautics and Space Administration (NASA), which uses visible and infrared imagery captured from space, detected numerous fires in the area on Monday, according to its website.

The DX Open Network said the absence of fire clusters or scorch marks connecting burnt structures in the images it analysed makes it unlikely that the fires were all accidental, and there was no evidence of craters to suggest they might be the result of shelling.

“These factors support the analytic judgment that this was an intentional effort by a conflict party to destroy this civilian habitation area, and not the product of combat,” it said in its analysis. It was not clear from the images who might have set the fires.

The prime minister’s spokeswoman and the head of a government task force on Tigray did not respond to messages seeking comment. Reuters has been unable to reach TPLF officials since early December.

Both sides in the Tigray conflict, which began in early November, have accused each other of abuses and denied responsibility for carrying them out.

Reuters could not reach people in the area by phone. Communications to Tigray remain patchy, and the government tightly controls media access. — Reuters

These were the details of the news Hundreds of buildings burned around Tigray town, research group says for this day. We hope that we have succeeded by giving you the full details and information. To follow all our news, you can subscribe to the alerts system or to one of our different systems to provide you with all that is new.