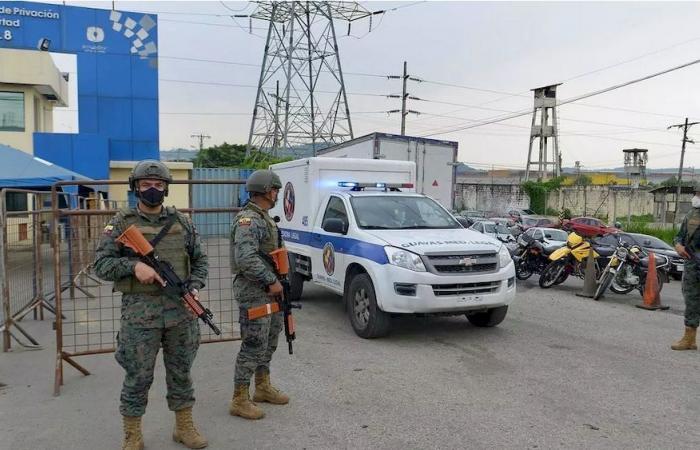 Updating the toll from yesterday’s violent uprising, the SNAI prison authority said it had retaken control of the prisons which jointly hold more than two-thirds of the South American country’s inmate population.

The military had been deployed to help quell the uprising.

The SNAI said in a statement 37 prisoners had died at two jails in the western port city of Guayaquil, 34 at a prison in Cuenca in the south, and eight in the central Andean town of Latacunga.

Several more were injured, as were a number of police officials.

The SNAI said no warders or police were killed, adding it was “working on the collection of information on human losses and other aspects related to the clashes” authorities have blamed on rival gangs fighting for control.

The office of Ecuador’s public defender — an entity akin to an ombudsman defending human rights — called the violence “an unprecedented massacre” and expressed “concern over the lack of security in the country, which is reflected in the increase in crime and violence inside these prison facilities.”

President Lenin Moreno, meanwhile, has ordered the defence ministry to “exercise strict control of arms, munitions and explosives” at the country’s prisons.

Last year, he had declared a 90-day state of emergency in the country’s jails to try to bring gang activity under control and reduce the violence.

Yet 103 inmates were killed in prisons last year, according to the ombudsman’s office.

In order to reduce prisoner numbers amid the coronavirus epidemic, the government commuted the sentences of people convicted of minor offences, reducing overcrowding from 42 per cent to 30 per cent.

This still left Ecuador’s prison system, with a capacity to house 29,000 inmates in 60-odd facilities, with a prisoner population of 38,000.

There are 1,500 guards to oversee them — a shortfall of about 2,500, which the SNAI has previously said “hinders immediate response” to frequent prisoner revolts.

And the SNAI said it was a continuation of fierce territorial fighting between organised gangs that go by names such as Los Pipos, Los Lobos and Tigrones and operate their criminal enterprises, including drug trafficking, from prison. — AFP

These were the details of the news Ecuador prison riot toll rises to 79 for this day. We hope that we have succeeded by giving you the full details and information. To follow all our news, you can subscribe to the alerts system or to one of our different systems to provide you with all that is new.