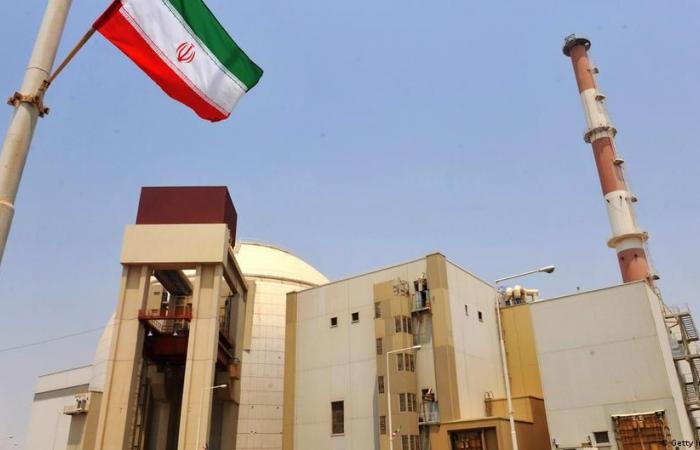 Mohamed Nass - Cairo - Iran said on Tuesday it would stop handing over footage of nuclear sites to the UN’s nuclear watchdog in response to a US refusal so far to lift sanctions imposed by former President Donald Trump.

Iran’s move underlines the task facing US President Joe Biden as he tries to reverse Trump’s decision to withdraw from a historic 2015 deal.

What has Iran said?

Tehran’s civilian nuclear agency the Atomic Energy Organization of Iran (AEOI) has promised to preserve the tapes for three months.

The AEOI said it would then hand the recordings over to the AEOI – but only if Iran is granted sanctions relief.

Otherwise, the recordings will be deleted – narrowing the possibility of any diplomatic breakthrough.

Britain, France, and Germany – the three European countries that were party to a 2015 nuclear deal – said they “deeply regret” Tehran’s decision.

The pact, known as the Joint Comprehensive Plan of Action (JCPOA), was the most significant agreement between Tehran and major world powers since Iran’s 1979 Islamic revolution.

London, Paris, and Berlin said they were “united in underlining the dangerous nature of this decision” to curb inspections.

However, all three European nations stressed their commitment to preserving the agreement, urging Iran to “stop and reverse all measures that reduce transparency.”

Biden has said the US is willing to re-engage with partners in the so-called P5+1 group – China, France, Russia, Britain, the US plus Germany. US Secretary of State Antony Blinken pledged on Monday that the US would work to “lengthen and strengthen” the agreement.

However, Tehran has said it is ready to return to its commitments if the US first lifts sanctions imposed by Trump.

Iran is ramping up its program to enrich uranium to a level of 20 percent purity at Fordow, a site built in secret inside a mountain where the deal says Iran cannot enrich at all.

The IAEA on Tuesday reported that Iran’s stockpile of enriched uranium was now almost 15 times the limit set down in the 2015 deal.

The stockpile now stands at 2,967.8 kilos, the IAEA said, vastly exceeding the limit of 202.8 kilos of enriched uranium.

The agency said its inspectors had also confirmed Iran had started enriching uranium up to a purity of 20 percent, only a technical step away from weapons-grade levels.

The IAEA also said it was “deeply concerned” by the possible presence of nuclear material at an undeclared site in Iran. The facility in Tehran’s Turquzabad district was previously identified by Israel as an alleged site of secret atomic activity.

These were the details of the news Iran stops sharing nuclear site footage as uranium stockpile grows for this day. We hope that we have succeeded by giving you the full details and information. To follow all our news, you can subscribe to the alerts system or to one of our different systems to provide you with all that is new.