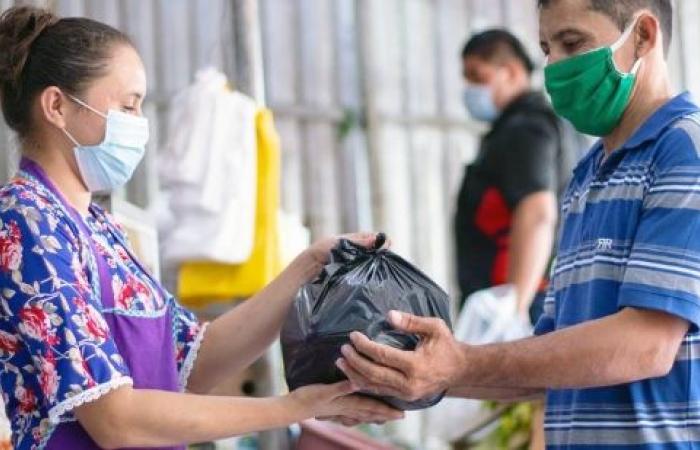 Hind Al Soulia - Riyadh - GENEVA — Reporting that hunger has increased almost fourfold in El Salvador, Guatemala, Honduras and Nicaragua in the past two years, the World Food Program (WFP) on Tuesday warned that 1.7 million people are in the ‘emergency’ category of food insecurity, calling for $47.3 million now, to provide urgent food assistance.

According to WFP, the economic crisis caused by COVID-19 pandemic and years of extreme climate events have left almost 8 million people in Central America chronically hungry so far this year.

“Considering the level of destruction and setbacks faced by those affected, we expect this to be a long and slow recovery”, said Miguel Barreto, WFP regional director for Latin America and the Caribbean.

A WFP survey in January showed that around 15 percent of people indicated they were making “concrete plans” to migrate, as a result of livelihood losses and unemployment.

Moreover, 6.8 million people were hit hard by record-setting hurricanes Eta and Iota, which left them homeless or jobless as well as destroying over 200,000 hectares of staple food and cash crops across the four countries, and more than 10,000 hectares of coffee farmland in Honduras and Nicaragua.

As COVID-19 has wracked food security in Central America, the number of households living in hunger during the pandemic, has nearly doubled in Guatemala compared to pre-pandemic numbers. In Honduras, it has increased by more than 50 percent.

“Urban and rural communities in Central America have hit rock bottom”, said Barreto, stressing that “the COVID-19-induced economic crisis had already put food on the market shelves out of reach for the most vulnerable people when the twin hurricanes Eta and Iota battered them further.”

Central American communities have borne the brunt of a climate emergency, as years of drought and erratic weather have disrupted food production — especially staples like maize and beans, which depend heavily on regular rainfall.

WFP is calling for international support to provide urgent humanitarian assistance in Central America and to invest in long-term development projects and national programs that help vulnerable communities withstand future crises, especially those which recur.

The UN agency requires $47.3 million over the next six months to assist 2.6 million people in El Salvador, Guatemala, Honduras, and Nicaragua in 2021. — UN News

These were the details of the news Climate crisis and economic shocks leave millions food insecure across Central America for this day. We hope that we have succeeded by giving you the full details and information. To follow all our news, you can subscribe to the alerts system or to one of our different systems to provide you with all that is new.