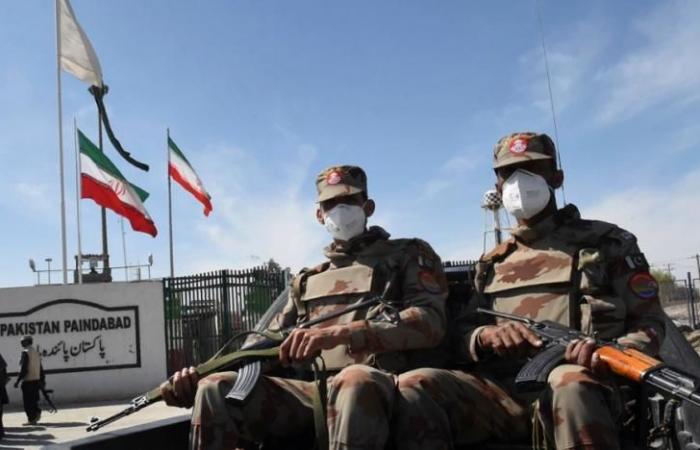 Following two violent incidents near the Pakistani border, dozens of protesters descended on the Iranian governors’ office in Saravan, one of the major cities in Sistan-Baluchestan, a desert province that is one of the most restive and least developed parts of Iran.

Videos showed the men screaming “Allahu Akbar” as they punched through glass doors, yanked out air-conditioning units and smashed office furniture against the walls. Once inside, protesters waded through piles of overturned chairs and shattered glass, throwing objects all over the place.

The Associated Press verified the footage based on geographic data.

Mohammad Hadi Marashi, deputy governor of the Sistan and Baluchestan province, told Iranian state TV on Tuesday that the outrage at the governors’ office stemmed from the shooting of several fuel smugglers on the Pakistani side of the border near Saravan the day before.

Marashi pointed a finger at Pakistan, saying its forces had opened fire on a gathering of fuel smugglers that had been trying to cross back into Iran, killing one and wounding four.

Following the shooting, violent clashes erupted Monday at a police station in Saravan, according to Marashi. Iranian border guards opened fire at fuel smugglers trying to storm the station, wounding several. They were taken to nearby hospitals, he added, without providing further details.

Pakistani officials reported that one smuggler was killed and several more wounded in what they called a “firing incident” at the border town of Taftan in southwestern Baluchistan. None of the wounded were taken into Pakistan, they said, speaking on condition of anonymity because they were not authorized to speak to media.

Taftan is a well-worn smuggling route, mostly for subsidized diesel fuel from Iran to Pakistan. The impoverished province has seen occasional clashes between Iranian forces and militants, drug traffickers and small separatist groups.

These were the details of the news Mob storms south Iran governor office after border violence for this day. We hope that we have succeeded by giving you the full details and information. To follow all our news, you can subscribe to the alerts system or to one of our different systems to provide you with all that is new.