Mother sues over US killing of Black jogger Ahmaud Arbery 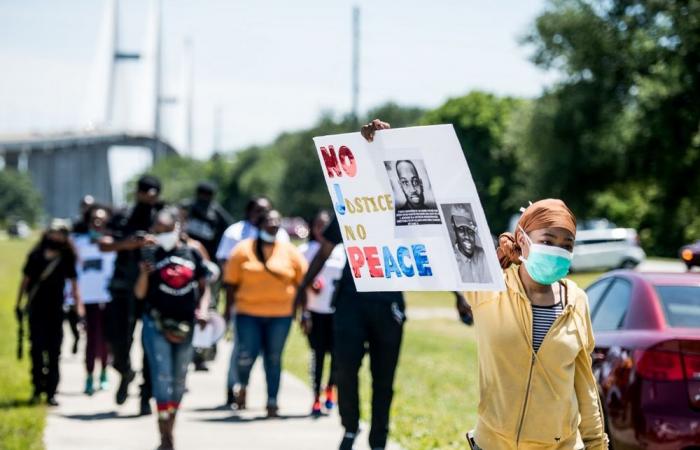 WASHINGTON, Feb 24 — The mother of Ahmaud Arbery, an African American man shot dead while jogging, filed a lawsuit yesterday on the anniversary of his killing as President Joe Biden pledged to help make the United States safer for people of colour.

Wanda Cooper seeks US$1 million (RM4.04 million) in damages in the suit that names the three white men charged with killing her 25-year-old son, who was unarmed and out for a run when he was gunned down on February 23, 2020 in the southern US state of Georgia.

“A Black man should be able to go for a jog without fearing for his life,” Biden said. “Today, we remember Ahmaud Arbery’s life and we dedicate ourselves to making this country safer for people of colour.”

The lawsuit also targets local police and prosecutors whom Cooper accuses of trying to cover up the killing, which became a rallying cry for the Black Lives Matter movement in a tumultuous year of mass protests demanding racial justice.

For two months after Arbery’s killing, the police made no arrests and it was only when a video of the shooting went viral on social media that the investigation was taken out of their hands and an inquiry began into what had happened.

Gregory McMichael, a former investigator who had worked with the local prosecutor’s office, was arrested together with his son Travis, who could both be seen on the video clip. The man who shot the footage, William Bryan, was himself arrested two weeks later.

They were charged with murder and aggravated assault and are in custody awaiting trial.

Cooper’s suit alleges the men “hunted Ahmaud down. Based on a ‘gut feeling’ that Ahmaud was responsible for prior thefts in the neighborhood, these Defendants shot Ahmaud at close range with their shotgun and killed him”.

“For nearly three months, ...police officers, the chief of police, and two prosecutors conspired to hide the circumstances surrounding Ahmaud’s death and protect the men who murdered him,” the suit alleged. — AFP

These were the details of the news Mother sues over US killing of Black jogger Ahmaud Arbery for this day. We hope that we have succeeded by giving you the full details and information. To follow all our news, you can subscribe to the alerts system or to one of our different systems to provide you with all that is new.