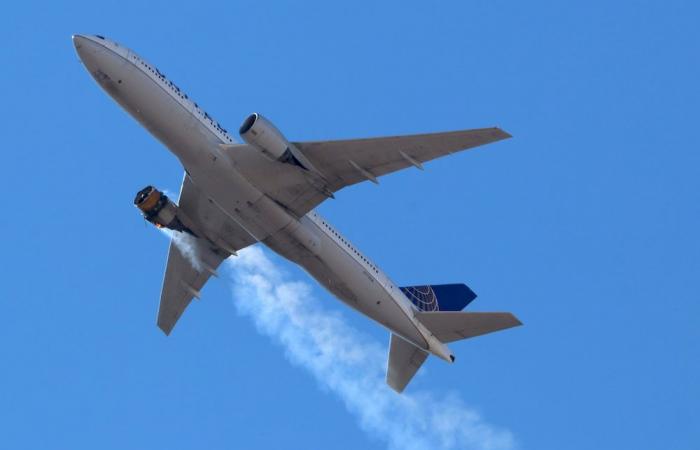 NEW YORK, Feb 24 — Metal fatigue has emerged as the chief suspect in last week’s spectacular engine failure on a United Airlines plane, which scattered debris over suburban Denver and led to dozens of Boeing 777 aircraft being grounded worldwide.

Even prior to the Denver incident, US air safety regulators had been weighing stricter inspections on the jets and their Pratt & Whitney engines following a December 2020 incident in Japan, US officials said yesterday.

The FAA reviewed inspection records and maintenance history after a Japan Airlines fan blade incident on December 4, 2020 “to determine the cause of the fracture and was evaluating whether to adjust blade inspections,” an FAA spokesman said yesterday. The Japan flight landed without injury.

While no one was injured in the Denver incident, the episode is the latest setback for Boeing, which only recently resumed deliveries of the long-grounded 737 MAX following two fatal crashes of that plane.

The incident also raises fresh questions about the FAA, which was roundly attacked for its oversight of Boeing in the certification of the 737 MAX.

A video shot from inside the United aircraft — which had 231 passengers and 10 crew on board — showed the right engine ablaze and wobbling on the wing of the Boeing 777-200.

Residents in the Denver suburb of Broomfield found large pieces of the plane scattered around their community.

NTSB officials said it is too soon to know if the cause in the Denver incident was similar to those in the Japan Airlines flight, or to a similar in a February 2018 incident involving another Boeing 777 and Pratt & Whitney engine.

He said two fan blades fractured on the number 2 engine on the Boeing 777-200. One of them was later found on a football field, while the other remained lodged in the engine.

The FAA said it was reviewing data from Saturday’s incident and plans an emergency airworthiness directive.

In the wake of the Denver incident, Boeing said all 128 of the 777s with Pratt & Whitney engines were grounded following Saturday’s emergency landing of United flight 328.

The MAX began returning to commercial service in late 2020, with airline travel still depressed due to the coronavirus pandemic.

Boeing executives said last month they expect it will take about three years for activity to return to pre-pandemic levels.

Michel Merluzeau, an expert at consultancy AIR, agreed the latest problem did not appear to result from poor plane design.

“It’s not really a problem for Boeing,” he said. “It’s more an issue of maintenance — how United or Pratt & Whitney is maintaining engines that have been in use for a while.” — AFP

These were the details of the news Metal fatigue suspected in Boeing 777 engine scare for this day. We hope that we have succeeded by giving you the full details and information. To follow all our news, you can subscribe to the alerts system or to one of our different systems to provide you with all that is new.